Hey, Mitch, you watching any of those stupid trumped-up hearings about the peaceful gathering of tourists at the Capitol on January 6?

Hell, no Kevin! Do you think I would waste my time watching a bunch of wimpy cops complain about a bad day at work? I’m waiting for the hearings to start on how Pelosi is responsible for all of it.

Hey, great news! Our plan to convince people not to get  vaccinated is working perfectly. Covid infections are skyrocketing. People are dying right and left. Biden is getting blamed for it, and his popularity is plummeting. We Republicans are geniuses. We will cruise to victory…. 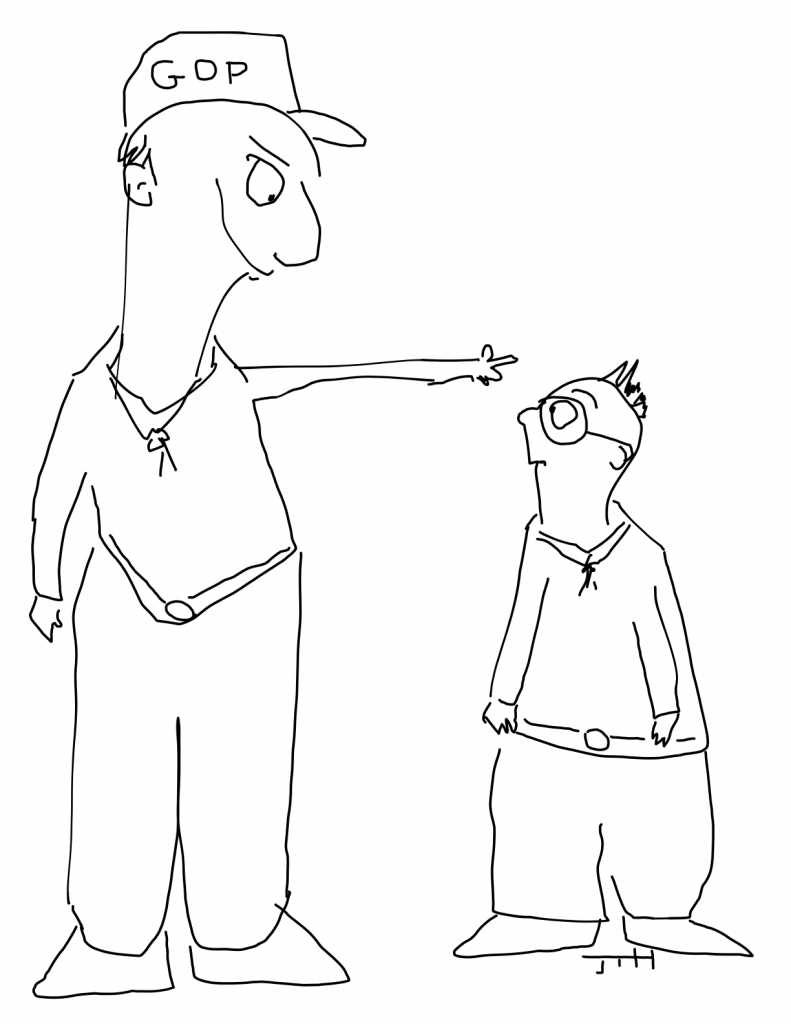 Yeah, you are right, boss. The plan is working beyond our highest hopes. There is only one problem: The people who are getting infected and dying vote for us.  If it keeps up like this indefinitely, there won’t be any Republicans left to vote. 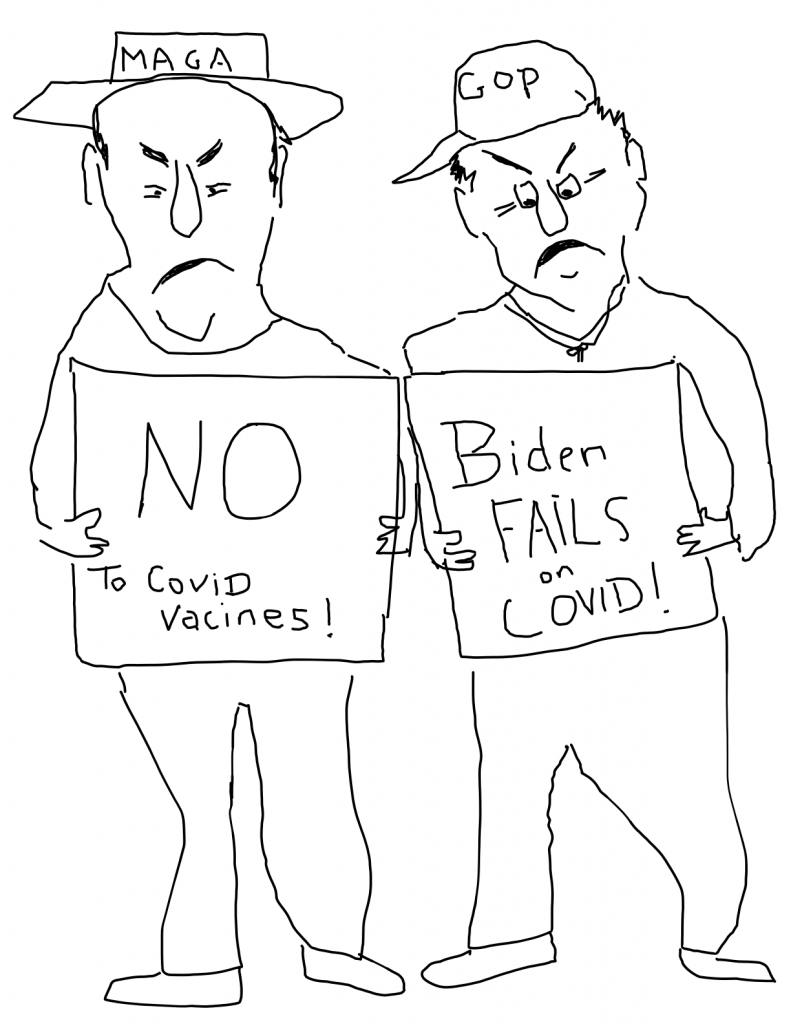 Hey, Alexa, is there a God? 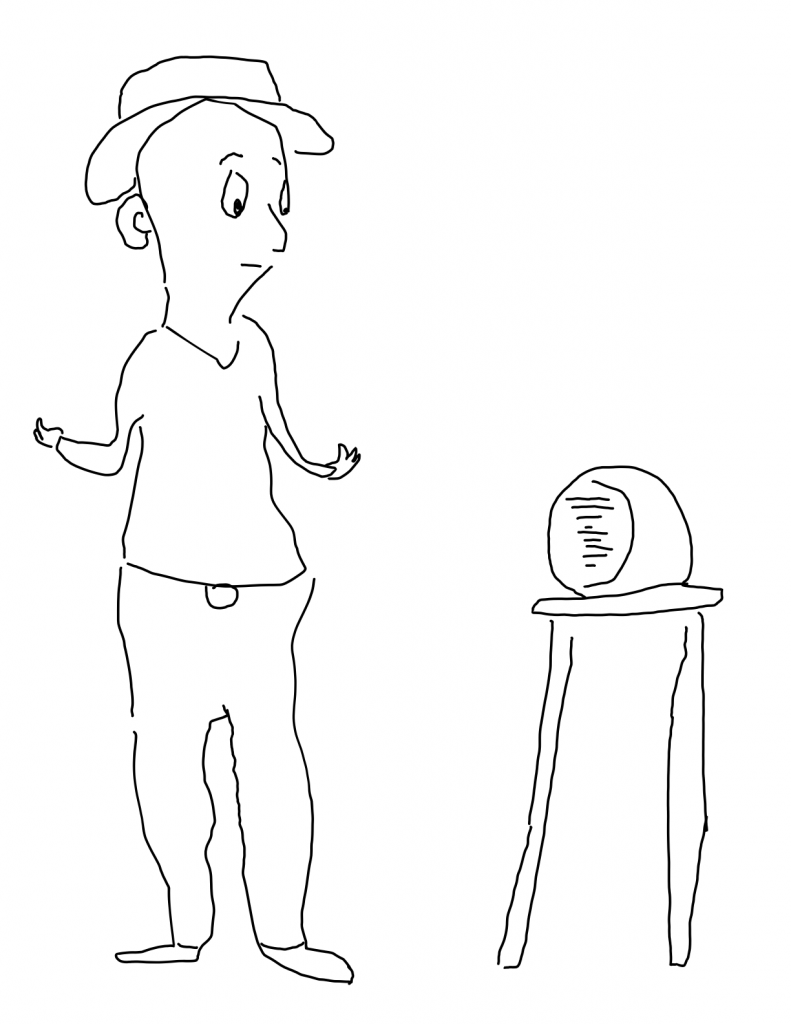 Yes, you are talking to her right now.

“Holy Father, I noticed a sign in the church yard that says, ‘God made man in his own image.’” Is that right?” 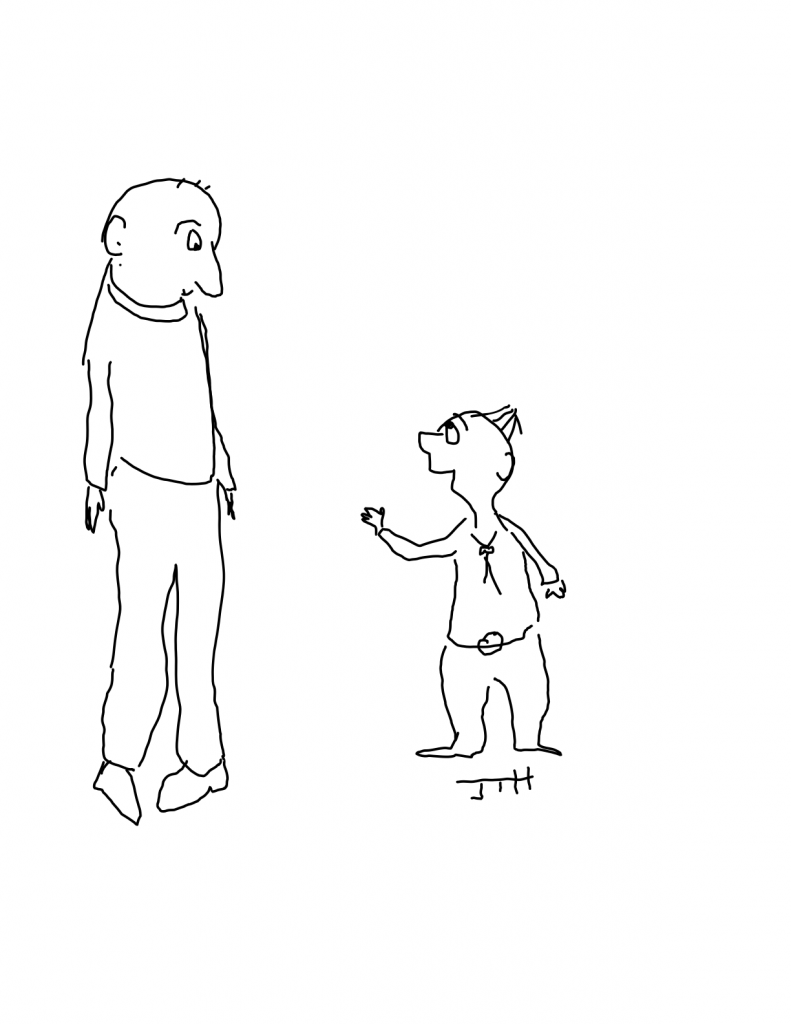 “Hey, son, don’t hold it against Him. Everybody makes mistakes.”

It is hard to believe we are already past midsummer. The sailboat racing season on Herring Bay is more than half over, and I am happy to report that we have not missed a race. I am less happy to report on our finishes; but, hey, “Second Wind” is a big, heavy cruiser designed for the Caribbean trade winds not the Chesapeake. This will be my last season of sailing since I will be listing “Second Wind” for sale in mid August and am hopeful I will have a buyer by mid September when we return from a final week of cruising on the Chesapeake with old friends. This season is the  Last Hurrah for my sailing adventures except for a planned BVI sailing week starting Christmas day with our children, spouses and grandchildren, 10 of us in all, on the biggest sloop available in the Sunsail fleet—52 feet.

It has been quite a run. The first boat I purchased (with my brother-in-law) was a Sunfish in 1968, which we sailed on weekends for years on Lake Norman near Davidson NC where Embry’s family’s lake house was. The next boat was a 505, a 16-foot sailboat, which at the time was considered one of the fastest racing boats in the world, complete with a trapeze for the crew to use to hang out over the water with feet planted on the gunnels. That boat sadly had issues. After the boat sank in the Potomac on July 4, 1974, I bought a Wayfarer, another popular 16-foot daysailer, which we named “Mother Courage,” which Embry and I raced and cruised on the Chesapeake for the next 15 years, trailering the boat to remote cruising waters on the Bay and  to Lake Huron in Michigan for competition in several U.S. championships. That was followed by another 15 years racing and sailing an Alberg 30, “Amazing Grace,” followed by 10 years mainly racing “Carolina Blue,” a very fast J-30, and finally “Second Wind,” a 39-footer which I owned in the BVIs as part of the Sunsail charter fleet starting in 2009. Unable to sell the boat  down there at the end of the lease with Sunsail, I had it sailed up here to the Chesapeake in 2014 where we have enjoyed both racing and cruising for the last seven years.

Embry and I counted up all the discreet anchorages we have cruised to on the Chesapeake, which number around 90, some multiple times, plus over 20 charters in the Caribbean along with charters with dear friends in exotic locations like the Adriatic Sea, the Mediterranean, the San Juan Islands, the Abacuses  in the Bahamas, and the South Pacific waters surrounding Tahiti. One of my favorites was sailing up to Buzzards Bay off the coast of Massachusetts and back in the late 1980s with my son, Andrew, and his two best friends, just after they all graduated from college, affectionally labeled by Andrew as “The Rite of Passage.” Yes, it has been quite a run.

And now my sailing days are coming to an end. It is time. You don’t see a whole lot of 80-year-olds on sailboats. And for good reason.

But saying goodbye to something you love and that has defined in part who you are is not easy. I marvel about how fast life seems to pass by. And how short our lives seem to be here on this small, blue planet in a universe of trillions and trillions of stars and planets. Eighty-plus years seems like a very long time; and at the same time, it is just a mere grain of sand along a beach that would seem to extend forever. What to make of all this? What does it all mean? These are the questions that all religions try to answer.

But in the end we are mere humans. If we are lucky, some of us  have glimpses of the Divine. But do we humans have all the answers? Please. Embry and I have been loyal churchgoers for most of our  adult lives, but even with a Master of Divinity after my name, I continue to have more questions than answers. Yet I marvel at this miracle of life on this lonely planet in a vast universe with untold mysteries. I can say, like others who are fortunate, that I have been blessed.  I am profoundly grateful. What more is there to say?