We made it! We are on a river cruise ship on the Yangtze with a 115 other passengers, all of them Chinese or Korean. Frank Sinatra is singing one of his classic ballads, “The Best Is Yet To Come,” as we wait for the captain to welcome everyone. It is misty with a little rain, and in the fog you can barely make out the giant mountains towering overhead or the ghost-like silhouettes of passing barges and small container ships. It is pure magic.

Getting here turned out not to be all that hard. The high speed train got us to Chongquin in less than two hours through hills and mountains similar to what we saw en route to Chengdu where on our second day there we did see the Pandas (about 40 or so) and were quite impressed with the Panda Park, the largest in the world. (What in China isn’t the largest in the world?) We gave in and agreed to eat the “hot pot” lunch Carol insisted on (delicious) but took the afternoon and evening off, said goodbye to her the next morning, and were met in Chongquin around noon by “Sue.” Like Carol, she is a cute 20-something, who also has a grandmother, who happens to be age seventy. 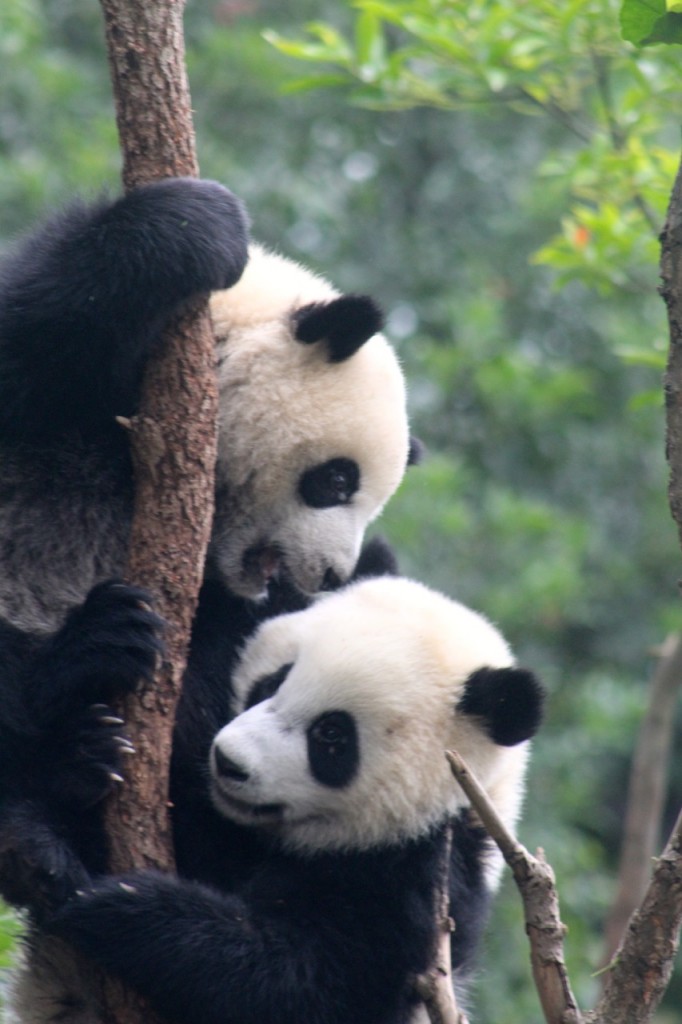 Have you ever heard of Chongquin? We hadn’t, and if nothing else this trip has reminded us just how provincial we Americans are. The official number for the people who live here is 32 million, probably closer to 40 million unofficial, making it the largest city in China and perhaps the world. Its history goes back some 2,500 years. What is perhaps more remarkable is that the city is built on hills, most of them steep—much like San Francisco. Like everywhere else we have been, buildings are new and tall and often stunning, the opera house especially. It is probably the most dramatic cityscape we have seen yet. Because we planned to board the cruise ship around four, we only had time to visit the Three Gorges Museum (very impressive), stroll around the large central plaza in 90 degree heat and high humidity and grab a Chinese fast food lunch (not very good) in a national chain restaurant located between a Walmart and a KFC. 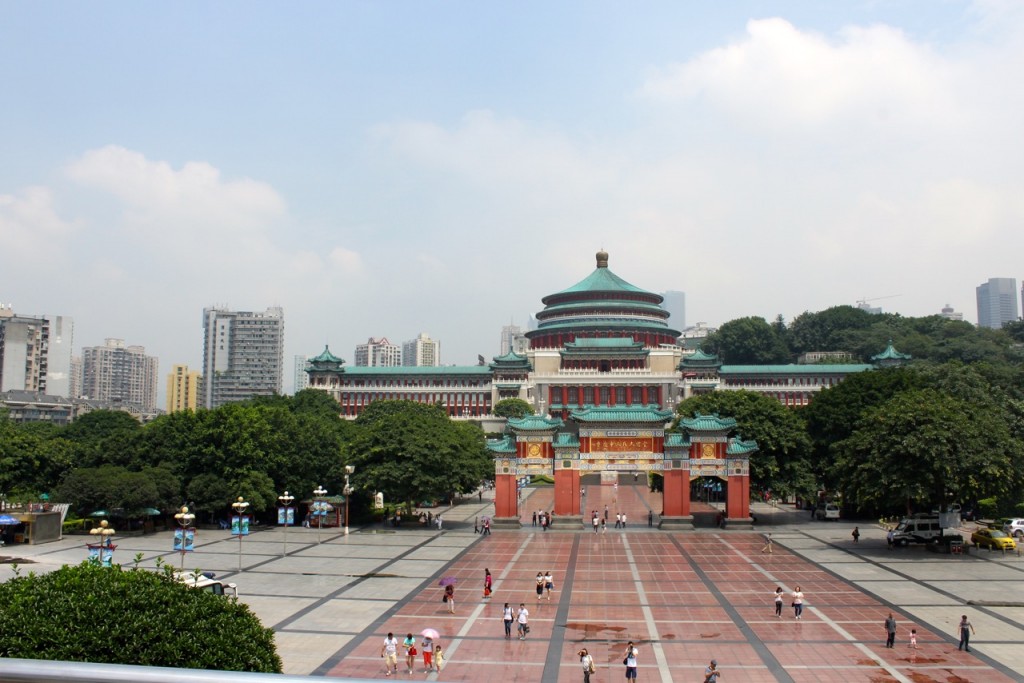 If you are confused by “official” population counts and the “unofficial,” it all has to do with a centuries-old government policy of requiring everyone in China to register according to where they were born (or in some instances where their parents were born), not where they actually live. In the past this requirement has been used by the dynasty or government in power to control mobility and enforce rigid laws, but during the past 35 years of unprecedented urbanization, the system has slowly been relaxed, and now people can live anywhere they can find a job and a place to live. Because actually changing your official place of residence is more complicated, many people do not do it, hence the two numbers.

We were driven to the Yangtze through horrendous traffic and parked at the top of an embankment several hundred feet above the fast flowing, brown river. Sue hired a porter to carry both suitcases, over 100 pounds, down the steep steps leading to the riverboat, which we boarded a little after four, spending the rest of the afternoon resting in our cozy cabin. At dinner all passengers were assigned a table, and because we were the only two English speakers, we got a large table to ourselves. 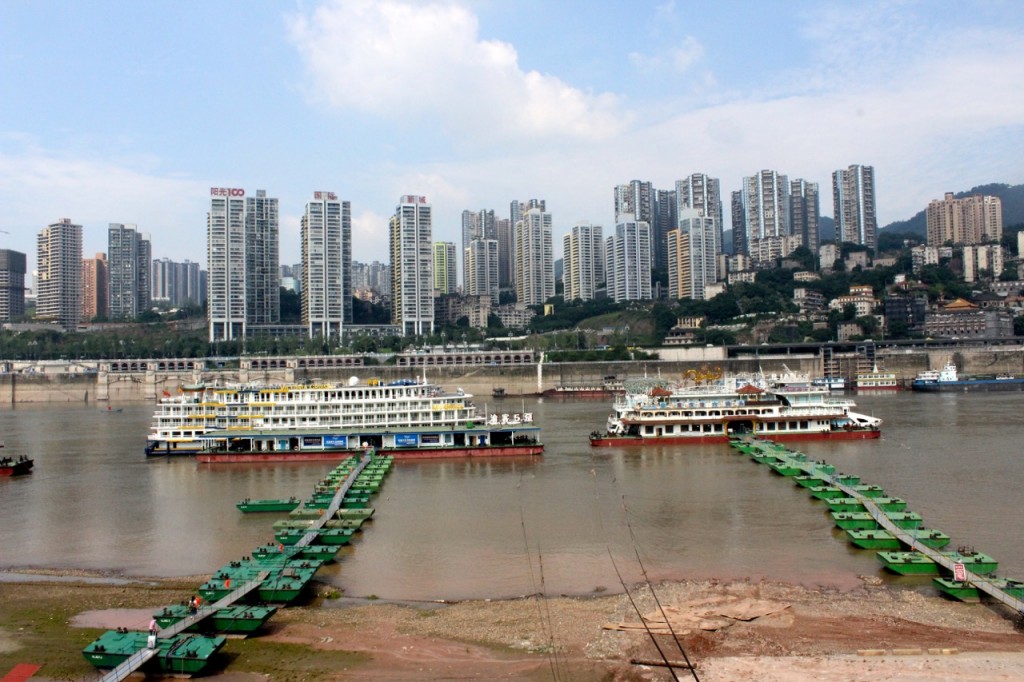 During the orientation presentations, the talks were translated into English so all the English speakers could understand. The presenter would talk for awhile and then there would be applause. Then the English translation would happen (barely understandable) and we would applaud at the same points in the speech when the Chinese had applauded minutes before, only the two of us, which drew a few chuckles from the Chinese audience.

We later learned that Chinese tourism is actually a very new phenomena since until a few years ago, few Chinese were allowed to travel at all. Only five years ago according to the ship’s tour director (a Bulgarian), 90% of the passengers on a river cruise ship like ours would be American or European. Now almost everyone is Chinese (and there are many more ships). In fact everywhere we have been so far, almost all the tourists are Chinese, most, we presume, touring for the first time. You can sense it as you see families of two and sometimes three generations traveling together with looks of astonishment and awe. Most middle aged tourists will be holding the hand of their aging parent on a shore visit. This is their country and they have never seen it before. The vastness and wonder of this extraordinary country is as new to them as it is to us. 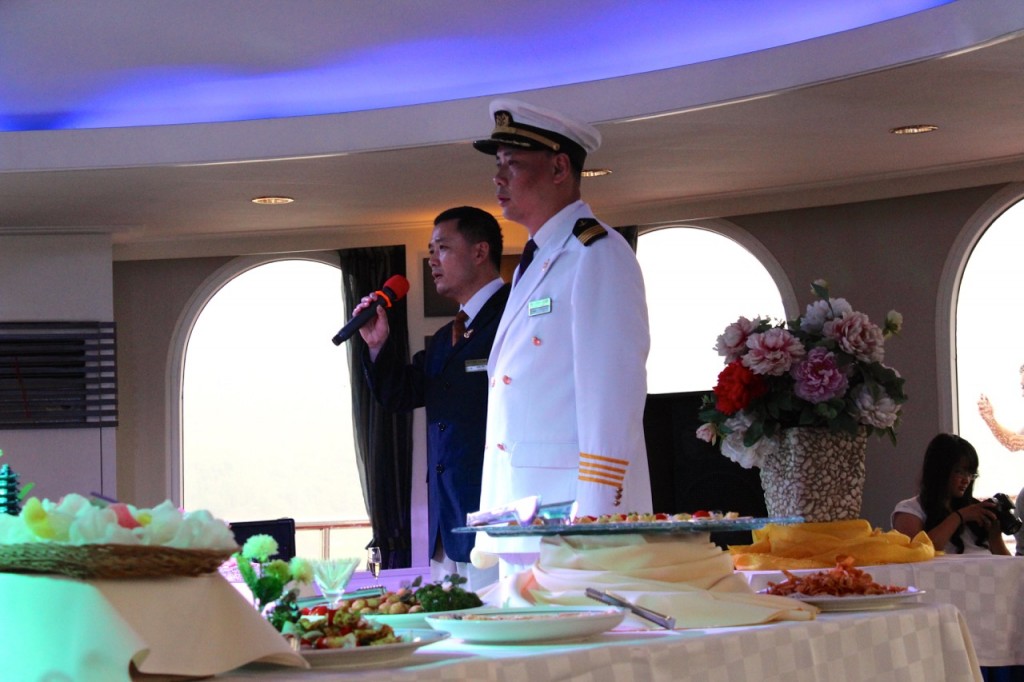 The fact that we were the only English speakers on the ship caused us to think about it, and since our Siberian tour group split up, we could not recall a single conversation with a European or American. In fact we could not recall even seeing more than a handful of people who looked like us. For the past three weeks when we have looked around we have seen only Asian faces. In one sense it is like we have just blended in, now look just like everyone else and have lived here all our lives. At the same time it is another reminder that we Americans are a tiny minority on a planet of close to seven billion people.

That reminder was hammered in again at the evening meal when we were joined at our table by a second English speaking group, a family of four from India, who had joined the cruise at a stop we made that afternoon. Actually for me it was a poignant  moment. The father and mother were probably late forties, two beautiful daughters , the oldest, Shaazia, in her early twenties, who works for her father’s company and the second, Aaliyah, a college student studying at the University of Southern California. They spoke perfect English with only the slightest “typical” Indian accent (no accent from Aaliyah, who it turns out is a terrific singer of US pop songs) due to the fact that English is the language they have always spoken at home (Mumbai). Talk about sophistication, intelligence, and charm! They were like people you would expect to meet at a fancy cocktail party in a posh apartment in the Upper East Side in New York or in Georgetown. The father, Saif, owns an energy firm (manufacturing transformers) employing over a thousand people and went to a prep school in Pennsylvania. The mother, Rauzat, is an acupuncturist.

Why was this a special moment? Because it illustrates the other side of the coin: just how small this planet is and despite cultural differences, how much we humans have in common. We are so much more like each other than we are different.

The other thing that hit me was that we were with people from the two countries which will determine the fate of the planet Earth. When it comes to climate change and the environment, they are holding the cards. We are now merely bit players. That does not mean we do not have to do our part or show leadership, but with India and China accounting for almost half of the world’s population and with their economies coming into their own in terms of wealth, improved living standards and energy use, this one is a no-brainer. Can they do it? We discussed world affairs, politics and values with this extraordinary Indian family and learned that India has made great strides since we visited there in 2005. They are very excited and optimistic about their country’s future. Since my visit to China in 1986, the changes that have happened in China are nothing short of extraordinary, as must be apparent to all readers by now. 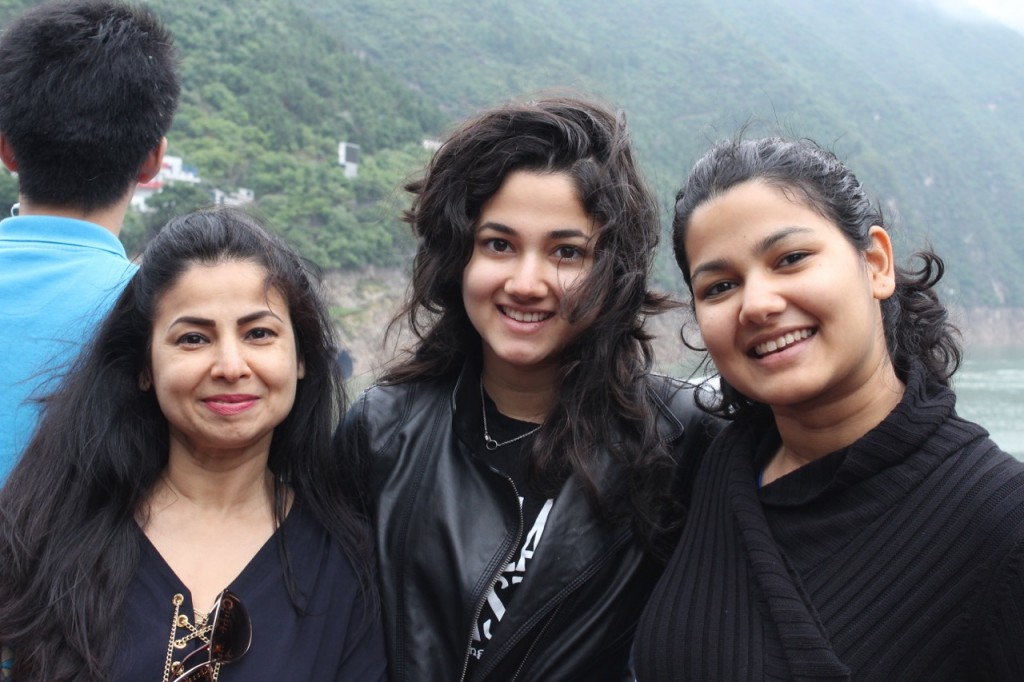 Who knows what the future will hold, but after this trip I am surely more optimistic than I was before we started.

But what about the Yangtze? That will be the subject of the next blog. 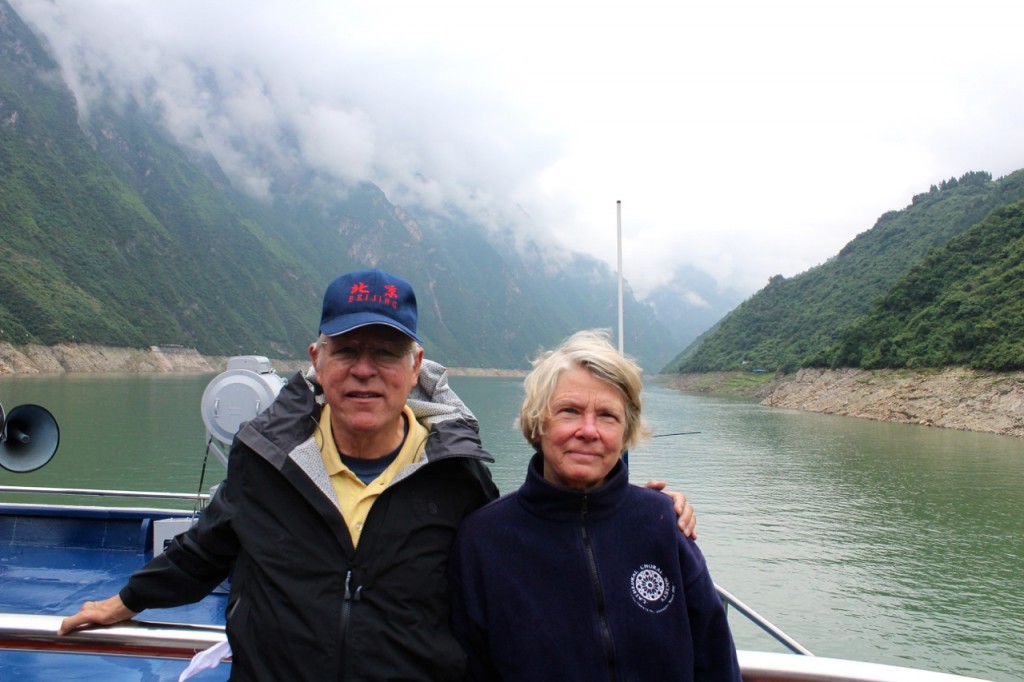