Faux News has learned that the Republican Party is more divided than at  in any time in its storied history. The issue has to do with who is responsible for the attacks on the Capitol on January 6.

“I know who is responsible it is Antifa and Black Lives Matter. They did it! They masqueraded as Trump supporters, but they really were the anti Americans that hate our country and our revered leader and want to destroy our way of life. They just had on disguises. I say lock ‘em up, every damn one of them. There is no place in our country for these horrible  people!” 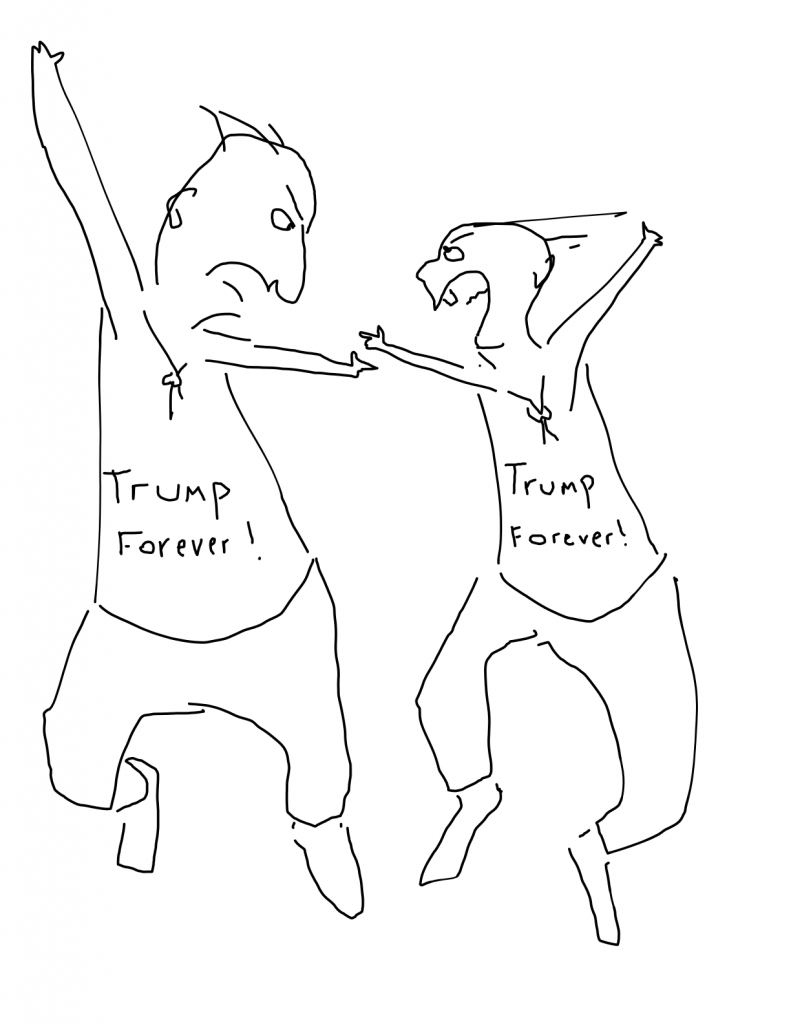 “No, no, no! You don’t understand. They were who they say they were. People who loved Trump. People who were willing to die for him. They are patriots, that’s what they are. People who know the election was stolen from him and who want to overthrow the government so Trump can return to power. They are American heroes just like the ones who took back our country from the Brits, people like George Washington, Paul Revere and er, er, er…..”

The only thing that unites these two disparate wings of the party is the belief that there should not be an independent commission established to determine which one of them is right.