So what  will we do today? How about evaluating the Spanish health care system?

Actually that is not exactly how we started the day. We started the day by planning a trip along the shore, stopping in little seaside towns and villages and exploring the coast in Juan’s car. And the day started off well enough. The GPS got us through town and onto the superhighway without incident, no small accomplishment on the narrow, bustling streets of downtown Valencia. It was not long before we were on the outskirts of Valencia where we took the first exit and found ourselves in an undeveloped and beautiful area that resembled one of our national parks. We parked the car at the entrance to an abandoned road and followed the road on foot for about a mile until it came to the water’s edge. The day could not have been more beautiful. There were no clouds in the sky, and the Mediterranean was deep green with whitecaps. The temperature was in the low 60s. The beach was deserted except for one other couple strolling just ahead of us. 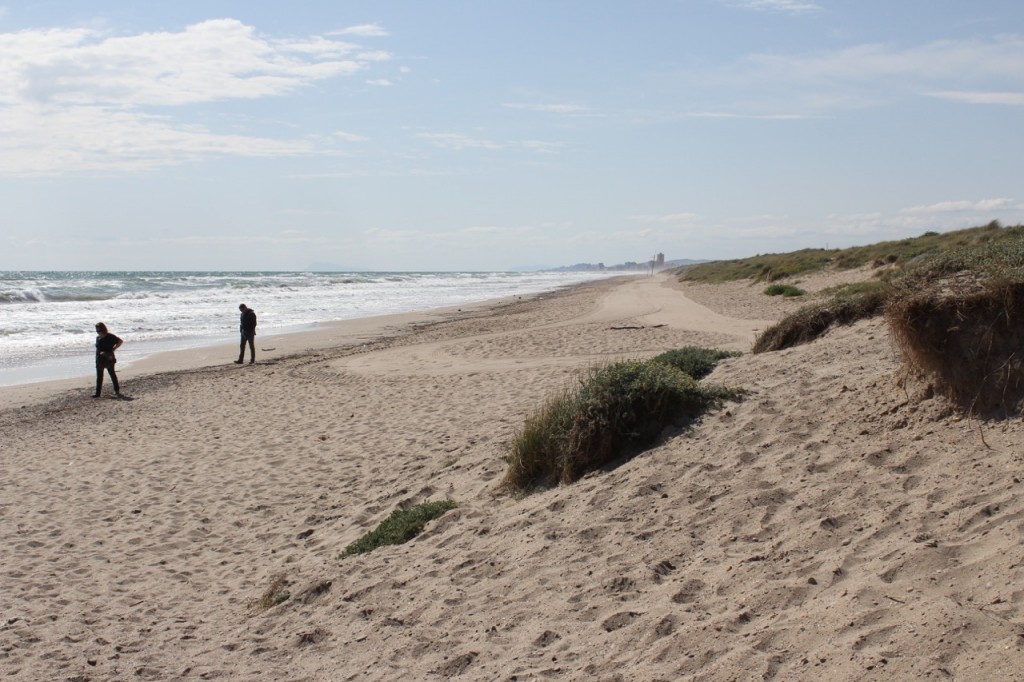 Just as we were deciding which direction to take next, bam, down goes Embry, who tripped on a rock in the sand. This would normally have been no big deal, just dust the sand off and move on. But the Med beaches have lots of rocks, and Embry’s head landed directly on one large, jagged rock, almost knocking her unconscious, leaving a deep cut, dangerously close to her left eye.

The couple on the beach rushed over; and for a moment we all just stood there watching the blood spurt out and wondering what to do. The woman, probably in her forties, got out a package of Kleenex tissues and handed them to me; and I pressed one against the wound to reduce the bleeding as Embry gradually came to.

And that is how our exploration of the shore began. It ended in the emergency room of a large Valencia hospital not far from our apartment.

As I was frantically driving back to Valencia, Embry commented, “Well, look at it this way. It will give us a chance to see how the Spanish health care system works.” Well, it worked extremely well for us. There were a dozen or so people sitting in the waiting room; but after taking one look at Embry’s wound and confirming that we had insurance, the nurse took her immediately into one of the examination rooms. She was attended by a young woman, who was probably a nurse practitioner or physician’s assistant, who dressed the wound and carefully put in six stitches. And in less than 30 minutes it was all done. Embry was patched up, and we were headed home. We ended up paying the $275 bill but should get reimbursed by Kaiser when we return to the US.

What impressed us most was how efficient the process was and how nice and kind everyone was –the receptionist, nurses, and even the lady in the accounting office—

despite the fact that no one could speak very much English. I compare this to our limited experience with US emergency rooms. We have recently heard of long waits at hospitals like GW and even Sibley; and I remember when I was a student chaplain at Boston City Hospital (when I was at Union) and assigned to the emergency room on a Saturday night. The lines to get help were so long they almost stretched into the street; and one extremely large guy was standing in line patiently with a knife in his back.

So the ending was a happy one under the circumstances. But what is really scary is how close the rock came to hitting Embry’s eye. I have always said that life is a matter of inches—an inch here and an inch there and you have a totally different outcome. In Embry’s case we are not talking inches but a fraction of a centimeter. Her guardian angel stepped in again. 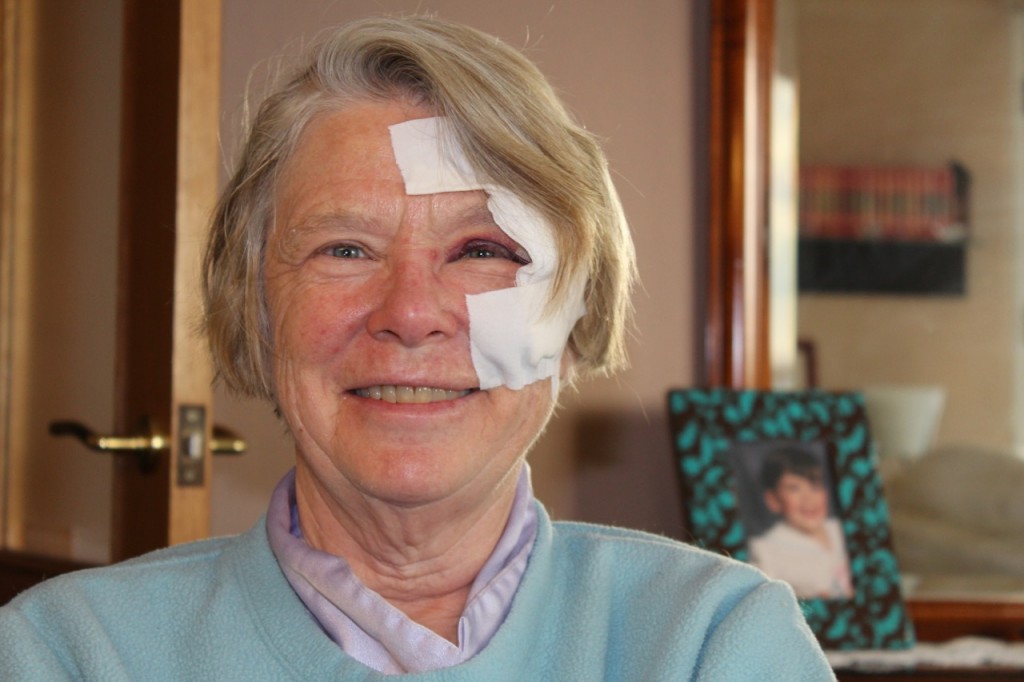 The photos are the scene of the accident and the patient.