There is big news today: it is raining. Can you believe that we are now in Day 45 and we have not experienced a drop of rain until now? The plants love it. And after a long stretch of sunny skies, so do I. Water means life, and life means green. And green is everywhere in Brittany, all shades of it, but especially the deep, rich green that comes after a spring rain. You can almost hear the grass, trees, shrubs and flowers saying, “Thank you, thank you.”

We arrived in Brittany three days ago where we were met at the train station in Quimper by our French sister-in-law, Martine and her partner, Bernard. Martine and Bernard have been a couple for about twelve years, and she has lived in this charming house for about eight years.

The train ride through the French countryside was spectacular—rolling hills and farms, white farm cottages and an occasional chateaux. The short drive to their house, located about a mile from the picturesque town center of Quimper, took us through more farmland and then along narrow winding streets to Martine’s three-story house, overlooking in the distance the tidal river, Odet. When Martine moved from the Paris area eight years ago, I thought she might be making a mistake by leaving the world’s most enchanting city. But now I know it was the right decision. This is the area where she grew up, and it is beautiful. 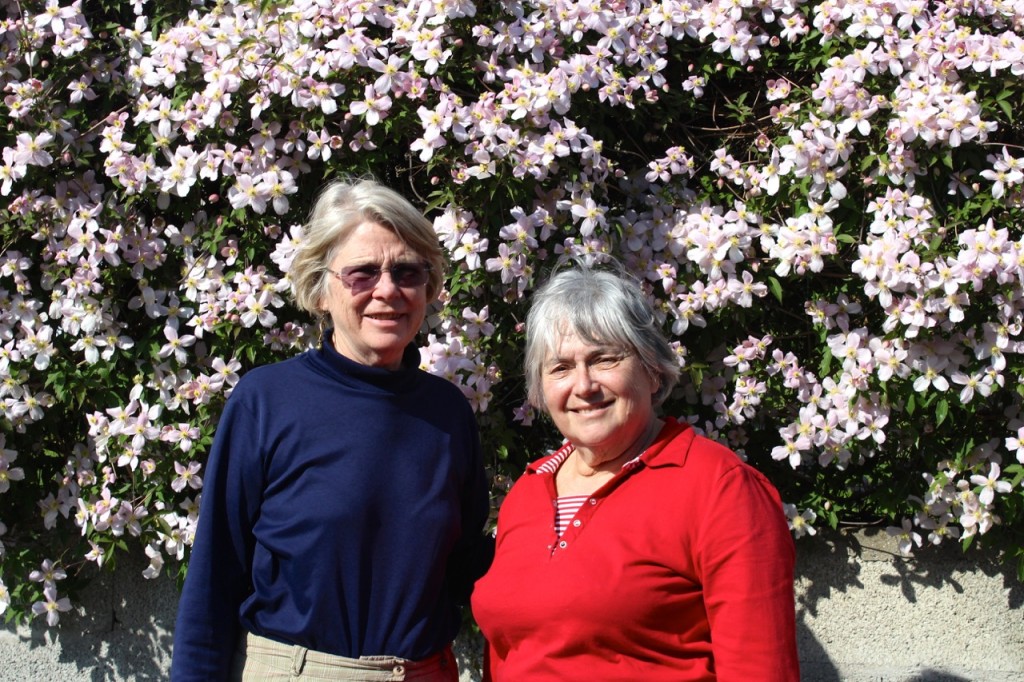 Martine has become a master gardener, and her small back yard and garden are something out of House and Home. Her rhododendron is just beginning to blossom with red flowers, and the redbud behind her yard is in full bloom. The house has four bedrooms/two baths and is probably five or six times the size of her condo in Vincennes. And there is a huge “family room,” added by the previous owner, which serves as a dining room, living room, artist studio and anything else you want it to be. She is very happy here and describes the decision to move here as one of the best she has ever made.

But as has been the case with Embry’s French brothers and sisters, only three (of seven) of whom have survived, Martine is in the middle of serious health issues. She was diagnosed with intestinal cancer about a year ago and has just gone through two very complex operations, which thankfully seem to have been successful; but other problems have recently developed—severe back pain and pain in the bones for which there is no immediate diagnosis. Life is not easy.

But despite health problems, Martine maintains her upbeat optimism and sense of humor, and her energy level is high. She probably overdid it by leading us on a three mile stroll from her house to the tow path along the Odet river but insisted. (Bernard, who is now 78 is also in poor health, due to a spine injury, walks occasionally with a cane, and was not able to join us.) In fact she had carefully mapped out the entire three day visit before we got here—various day trips to see the countryside and the port cities, a couple of gourmet dinners at home (In addition to becoming a master gardener, she is a gourmet cook.), two evenings eating out at very nice restaurants, and a tour of the historic village center, most of which came off as planned. Bernard was the chauffeur and Martine the tour guide as we have made our way from village to village, stopping once for crepes at a country creperie for lunch and visiting three port villages. 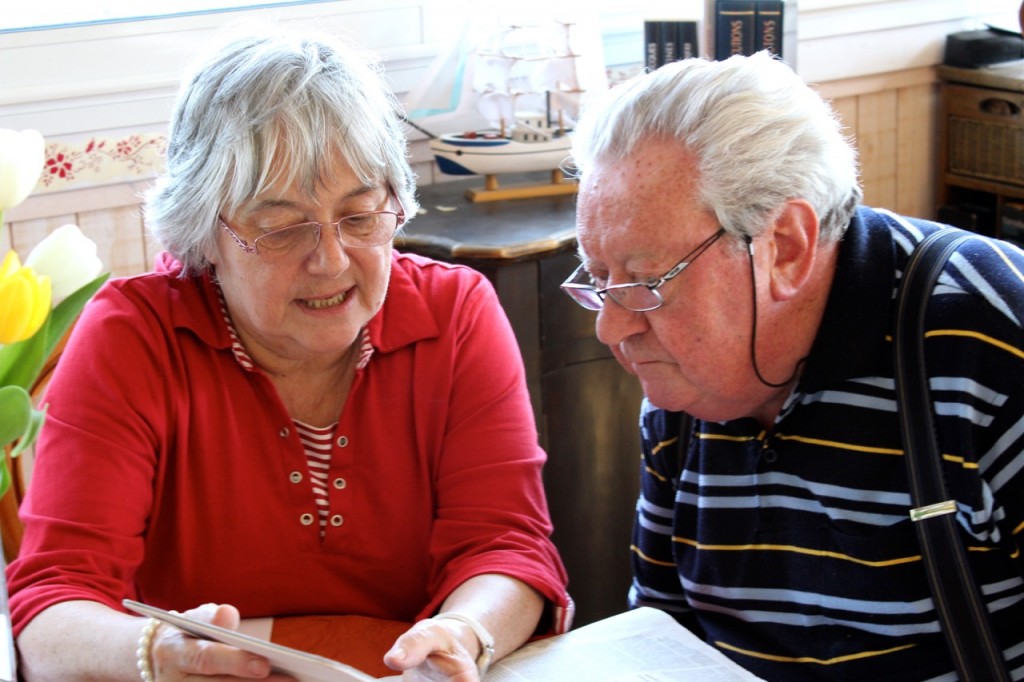 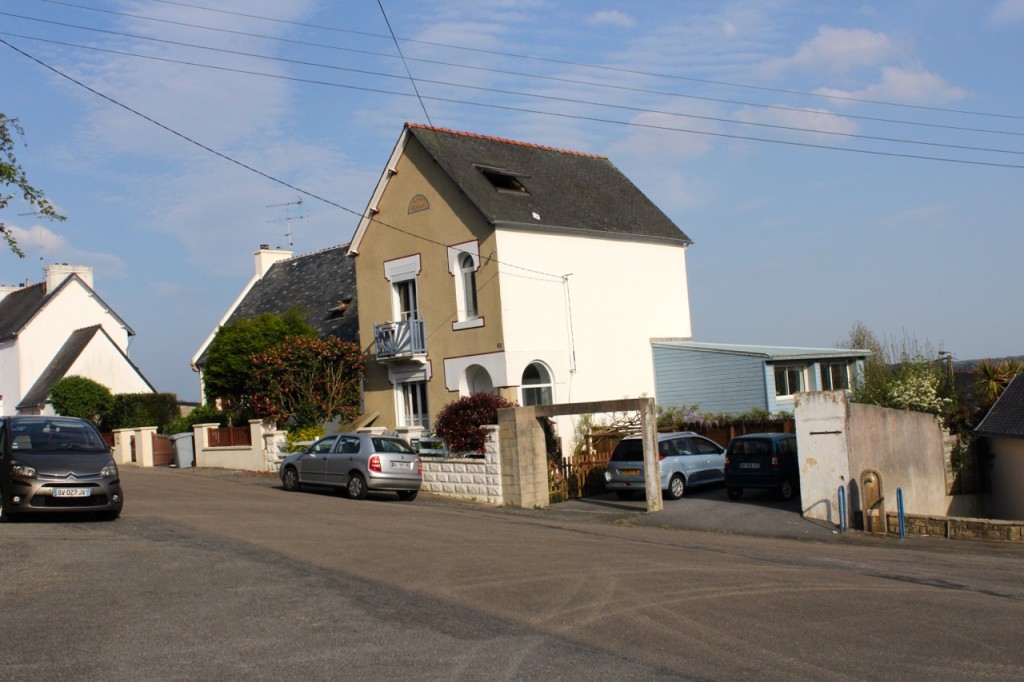 Communication is half in French and half English since Bernard speaks even less English than I speak French.

The three port villages (Port La Foret, Concarneau, and Pont Aven ) are different in many ways. La Foret is a yachting and sailing capital with a huge marina, which included among other things two high tech, racing yachts about 60 feet long, having just returned from what could have been a trans-Atlantic crossing. The second, Concarneau, is a working port with fishing boats mixing with yachts and an historic old town enclosed by a Medieval wall; and the third, Pont Aven, is a tiny village situated on a tidal estuary on the fall line about 8 miles from the sea. But they have two things in common: they are all beautiful and they all experience pronounced tidal variations of 15-20 feet. 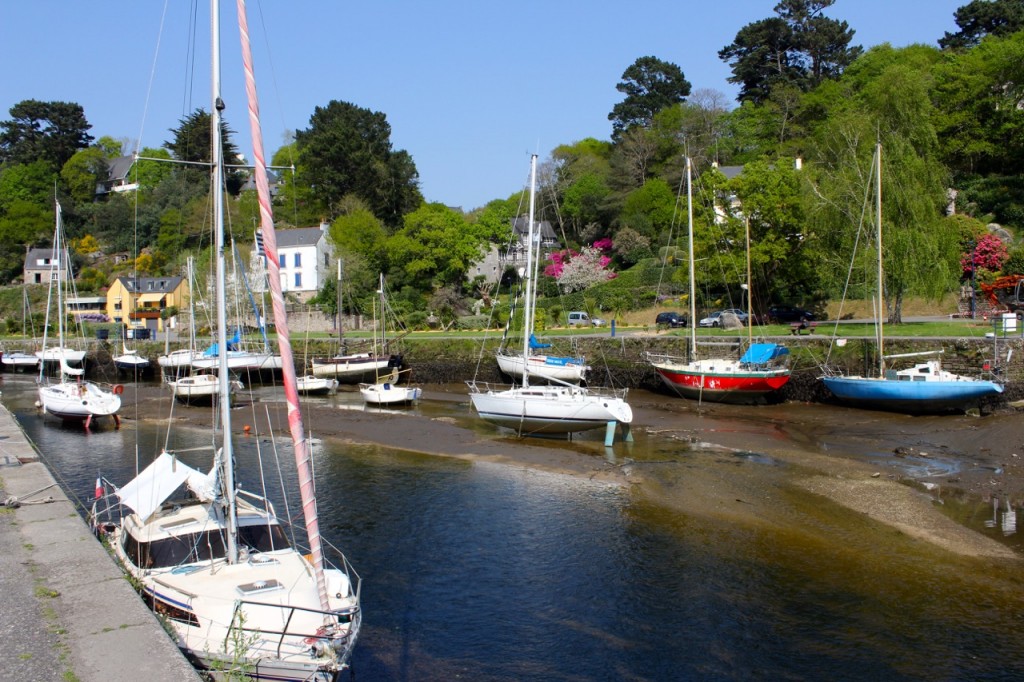 The second feature, the tidal variation, I find perplexing. When we visited these communities, the tide was low, and the boats that were moored were all high and dry on the mud, most propped up by supports but some keeled over on their sides. Four hours later they would all be floating again. But for the life of me, I can’t see how people sail in these conditions where at maximum ebb and flood tides, the current has got to be close to 10 knots. In the case of Pont Aven—and also Quimper—you have over 8 miles to go before you reach the sea. The only way that I can see this working is to cast off at high tide and to ride the ebb tide out until it is about to turn from an ebb to a flood and then to ride the flood back upstream to the port. That gives you 8-12 hours to sail, which is plenty for a day sail, but one mistake or an uncooperative wind or motor failure could spell big time trouble. This may explain in part why the French are considered by many to be the best sailors in the world. If you can sail in these conditions, you can sail anywhere.

So the stay here in Brittany with Martine and Bernard has been special. We have enjoyed long walks and long talks, wonderful meals both at home and at restaurants, and visually feasted on some of the best scenery in the world. I used to think the Brits had claim on the finest pastoral and maritime beauty in the world. It is now a toss up with Brittany. 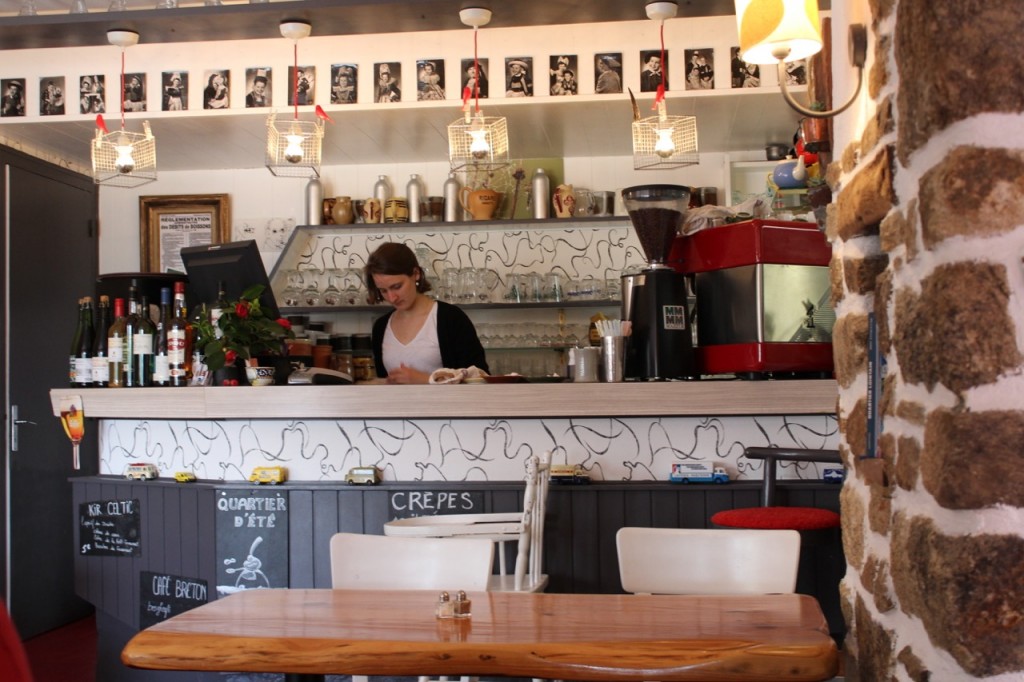