The bullet train whisked us from lush rolling farmland to evergreen forests and steep hills about an hour out of Paris when houses of different colors, some bold, started to appear, quite unlike the white and beige house colors in France. The announcements over the loud speaker suddenly changed from French-then German-then English to just German-then English. We were in Germany!

The county side was more hilly and the farm houses and villages more varied but every bit as beautiful as the French countryside.

After transferring about half way to a local train (with many stops) we arrived at the massive train station in central Berlin on time at 5:30, a total trip of almost eight hours. In heading for the taxi line, we bumped into our friends, John and Grace Curry, whose train from Prague had arrived only a few minutes before us, and who would be joining us for the Berlin and Warsaw legs. We shared a taxi to the Adina Check Point Charley Hotel (apartment hotel, two room suites, and very nice) where we enjoyed a very nice dinner in their small bistro. Great to reunite with our good friends from Ashville! 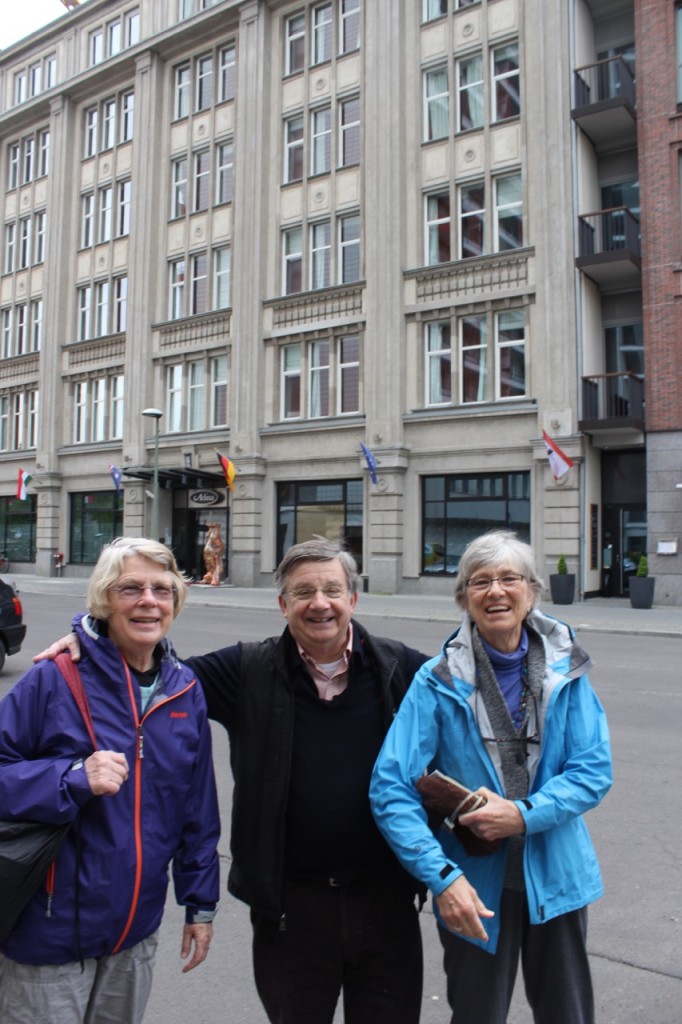 The following day we spent a good eight hours touring the city by bus (Hop on/hop off), by boat (one hour cruise along the Spree River) and by foot (about seven miles worth). At the end of the day we were exhausted.

Berlin lives up to its reputation: high energy, economic powerhouse, rebuilt from the ashes of World War II. Tower cranes dot the city scape everywhere. Much of the architecture is modern, some of it stunning. And when you think that over 70% of Berlin had been obliterated in the war, it is quite remarkable how successfully this city has been rebuilt and reinvented itself. If you were not aware of the history of the city, you probably would not conclude that it was virtually destroyed in World War II or that the city was divided during the Cold War. But the Germans won’t let you forget it. There are history markers and interpretative plaques everywhere, and the plaques do not white wash what happened in the 1930s and 40s. It is not a pretty story.

Compare this with the silent approach you get in Paris and what seems almost like a denial in Spain where we did not see or hear one mention of Franco or the Spanish Civil War, “too sensitive a topic” according to our walking tour guide. That the Germans have embraced and owned up to this horrific period in their history is a testament to their national character and one reason for their strong recovery.

The city has monumental boulevards, a huge park, a well developed river front and enough well designed, modern buildings to put it a league with Chicago. And to think that the rebuilding occurred mostly in the 50s and 60s—the same period that in the US we were building vast sprawling suburbs and office parks—the accomplishment is quite remarkable. That they chose not to imitate the development patterns that were in vogue in the US at that time in retrospect was the right move. Urban planners blame sprawl in the US on the automobile. But automobiles were in use in Germany at the same time. They rebuilt in a manner that preserved the character of the prewar city (urban, mixed use, high density). This was not preordained. They could have gone in a different direction but didn’t; and for that we should all be grateful. 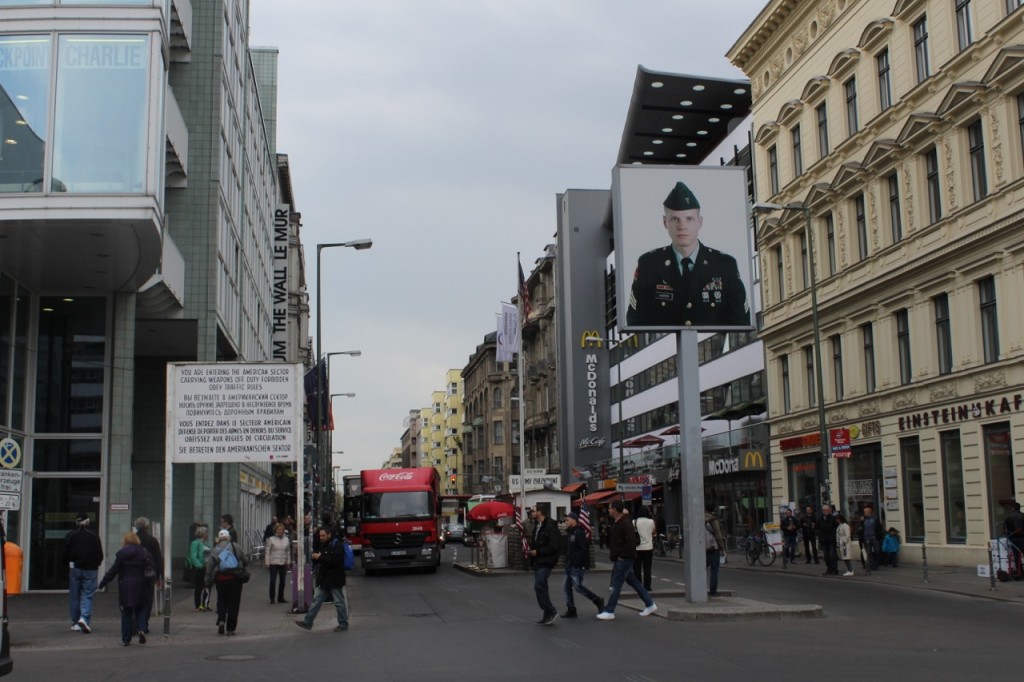 The other thing that really stands out is about Germany is their proficiency in English. I have touched on the challenges we faced in Spain where very few spoke English. As expected, almost everyone speaks at least some English and many speak it better than we do, a fact which goes a long way to reducing stress for us weary, non German speaking American travelers.

Spending only two days in Berlin was shortsighted and a mistake. This is not enough time to begin to think you have a clue as to what is going on. Berlin easily deserves a week, perhaps a month. But two days is what we got and we made the best of it. It also offered some surprises along the way, which are the subject of the next two blog posts. 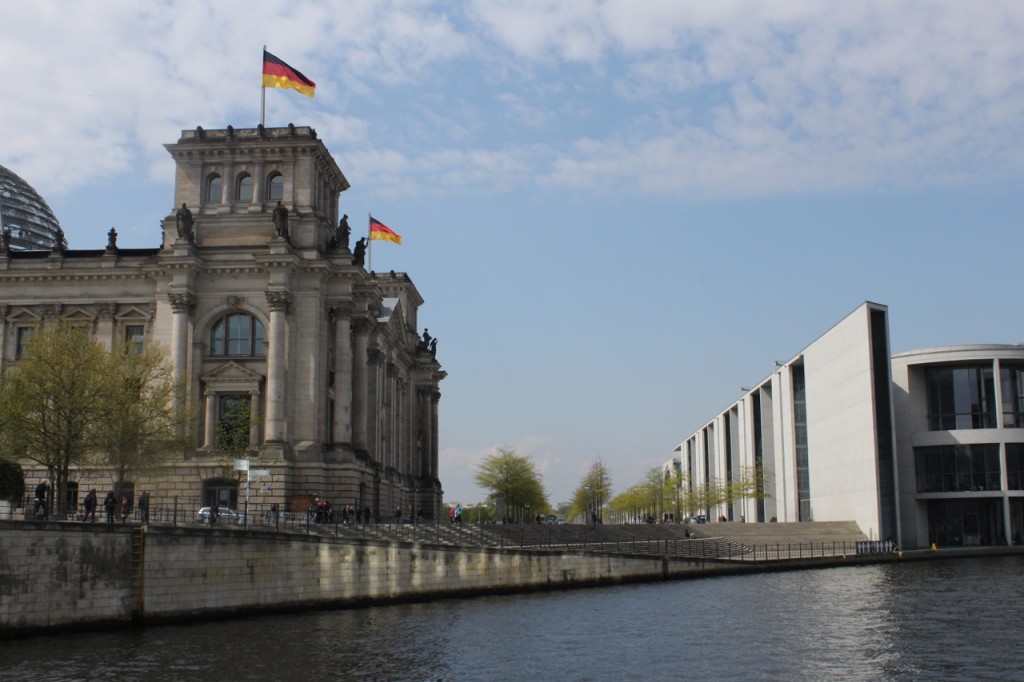 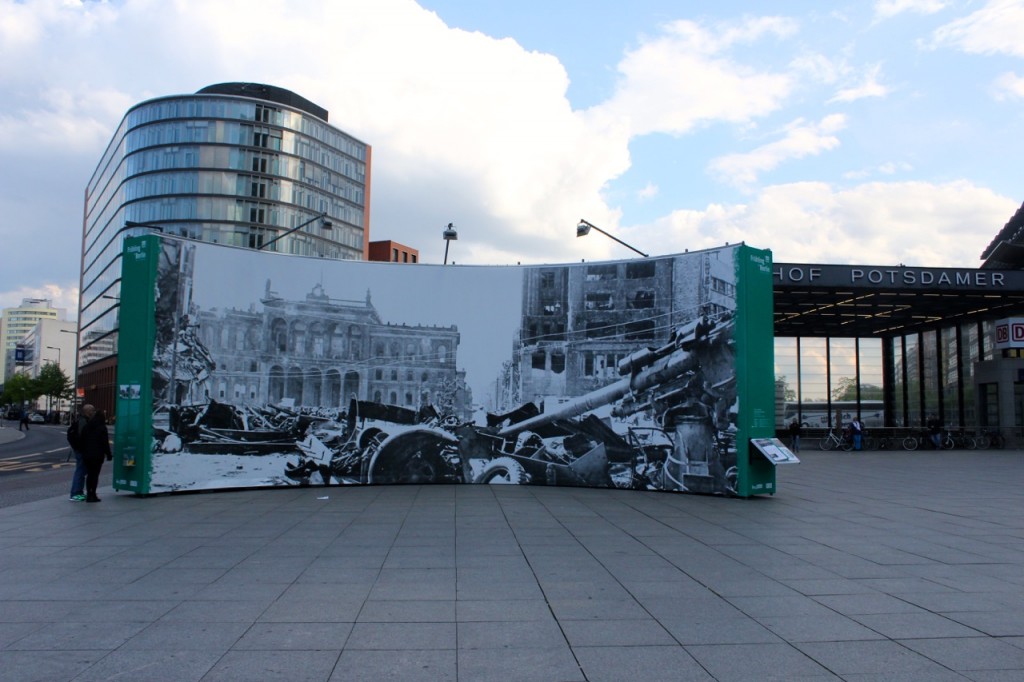