Joe suggested I write about some of the changes I have observed in revisiting Berlin, Warsaw, and Moscow. These are all three cities I visited on two different occasions in the period just before, and just after, the break up of the former Soviet Union.

In 1988 I came with my mother on a trip to Warsaw and Berlin (at that time separated into East and West) with the Cathedral Choral Society and Charlotte Symphony Orchestra. It was a nice coincidence that these two organizations had joined together to come for a tour to Europe. I was at that time singing with CCS, and my mother was a friend of the director of the Charlotte Symphony (who lived in Davidson at the time). We traveled in a large group, with many instruments, first to Warsaw where we performed Beethoven’s Ninth Symphony with the Warsaw opera chorus in two performances, one in their huge opera house (sold out, even though there was only one poster advertising the event due to paper shortages) and then in the reconstructed old square. It was quite an experience to be singing about freedom in that situation, where hope for freedom seemed dim at the time. (We discerned this from our limited conversations with the opera chorus, who were not allowed to travel out of the country.) We were taken to a church yard where the bright red Solidarity graffiti was allowed and expressed hope for the end of Soviet rule. Otherwise the city was grey and grim, with the Soviet “wedding cake” tower oppressively towering over the city and no other visible tall landmarks. People on the street seemed sad and depressed, as if they were “carrying on,” and with many shortages in the stores (which were few and far between). Now Warsaw is a totally changed vibrant city, which Joe has written about. The proud spirit of the Polish people is everywhere present. One would think you had gone to a different city, but the “wedding cake” is still there, although now it is surrounded by some very nice tall glass buildings of the same height that seem to say “we are the future, you are the past.” 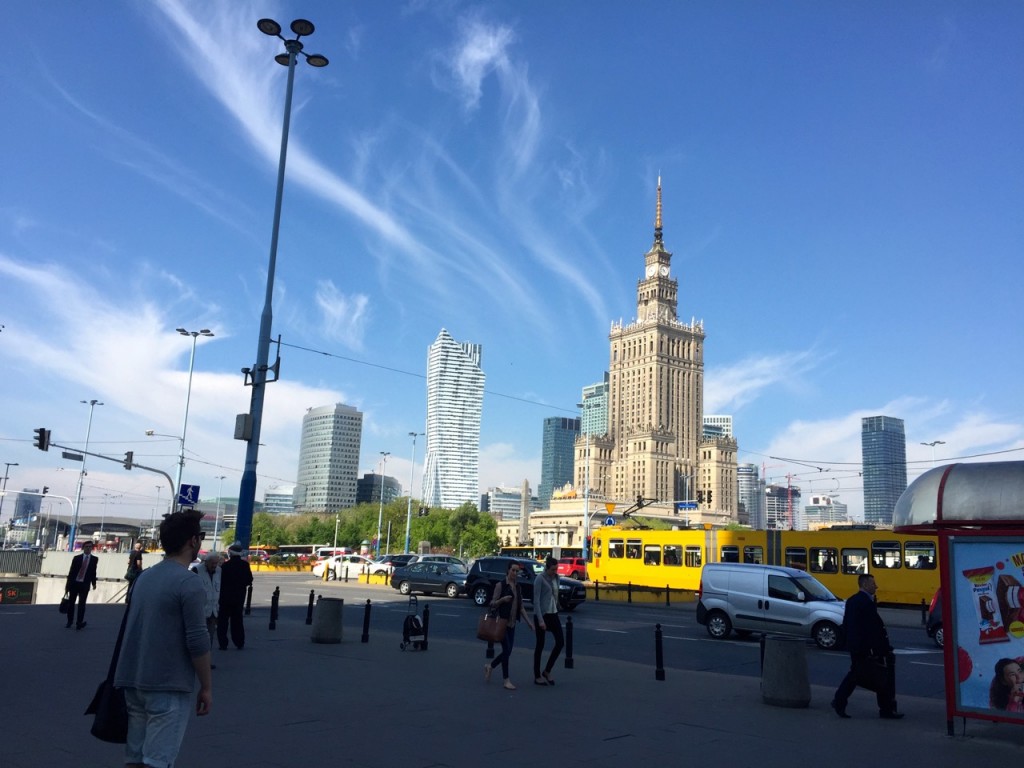 Our group then went on by train to Berlin to perform. I recall that our train was a very old one packed to the gills with “regular people” and us and all the huge instruments of an orchestra squeezed into the aisles. A poignant memory is of stopping along the way beside another adjacent train full of school children on their way to Communist Youth Camp. The children were so fresh and innocent, and excited to be trying out a few English words on “real Americans.” At the time, I remember thinking how stupid it was that our societies had been hardened into “us” and “them,” and that my own children would never get to know these children or people like them. This brought tears to my eyes as their train pulled away. (Happily, I was wrong about that.)

One of the performances of the choir was in a church in East Berlin, so we saw that side of the city.   The atmosphere there was similar to that of Warsaw, grim and depressing. The contrast between East and West was stark, with West Berlin a vibrant modern city, just a few blocks away from the grey reality of the East. We had no idea that a year later all this would change and the wall would come down in the dramatic fashion that it did. 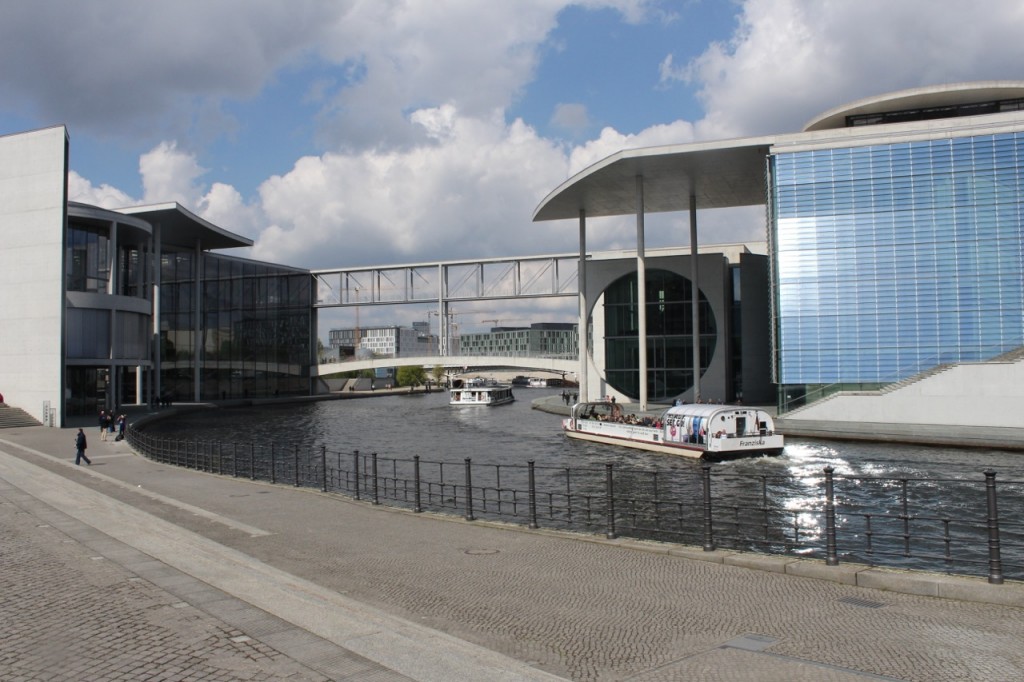 Our trip to Russia with our children and a group of friends was just a few years later in the early 1990s. We stayed only briefly in Moscow before taking the train across Russia, and now we have only been here for a day, so my impressions are more limited concerning Moscow. However, it is evident that the dramatic changes following the breakup of the Soviet Union have had some similar economic effects here. There are many more shops and restaurants. We are staying in a beautiful western-style hotel and had dinner last night at a wonderful restaurant with good service. (These types of facilities that we take for granted at home were not available here in the early 1990s.)

However, I sense right away that there is a contrast in attitudes about the changes. In Berlin and Warsaw, there is little question by people we spoke with–and throughout the commentary in museums and public spaces–that the changes have been good for both countries (although there disparities in income and many people still suffer economically). Here, I believe we will find more ambivalence. This, after all, is the country that led the empire that was the Soviet Union. Its collapse has led to a fall in the country’s prestige, a blow for a proud people. On top of this, the country is experiencing serious economic difficulties, due to falling oil prices and sanctions from the West. Likely, this is the reason Putin is extremely popular with the “common man” (with approval ratings over 80%, in contrast to our president’s ratings under 50%). 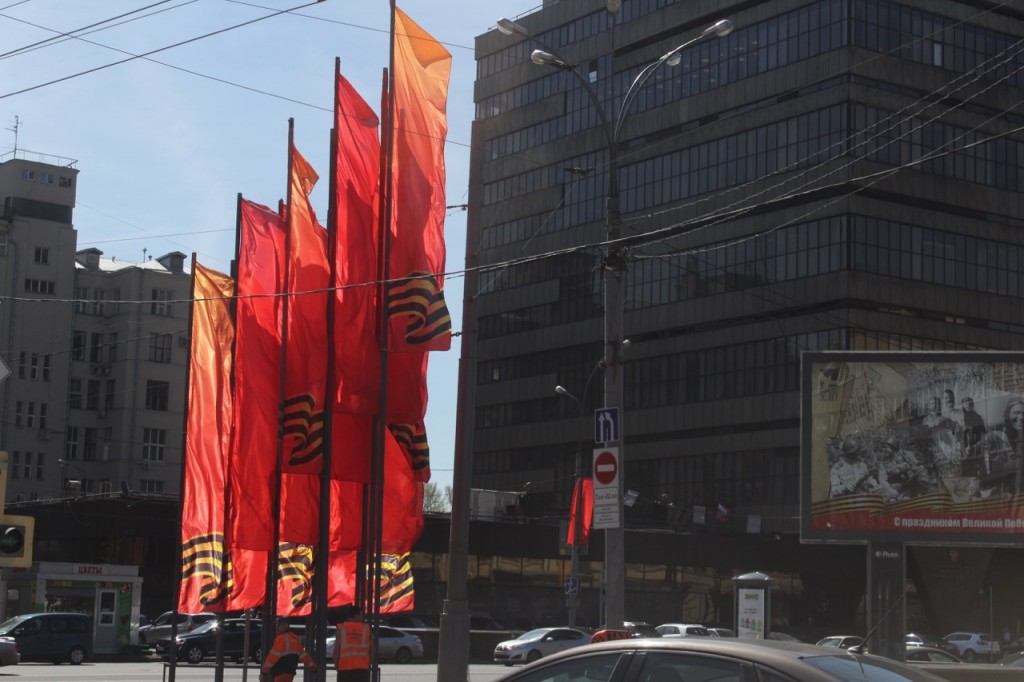 One comes away with an acute awareness that there is never one unified perspective on history. Especially when there is a war (in this case a Cold War without armed conflict), the greatest perceived benefits will go to the victors who will write the history in their terms. Not surprisingly, those who loose the war will see it differently. We should not loose track of the fact that we have defeated a proud people who resent that, and make every effort to continue the rapprochement. Otherwise, the Cold War could become a reality again, and our peoples may again be kept apart to the advantage of no one.