Faux News has learned that today Trump will replace the keynote speaker at the upcoming Republican Convention with Marjorie Taylor Greene, an avid supporter and spokesperson for QAnon, the right-wing conspiracy group now gaining national attention. Ms. Greene won her Republican primary in Georgia and is expected to win a seat in Congress by a wide margin. Trump praised Greene as a “wonderful American” and endorsed the controversial QAnon as “expressing true American and Christian values and a welcomed addition to the Republican Party.” Numerous Republican elected officials praised the president’s decision and voiced support for what is becoming a national movement. 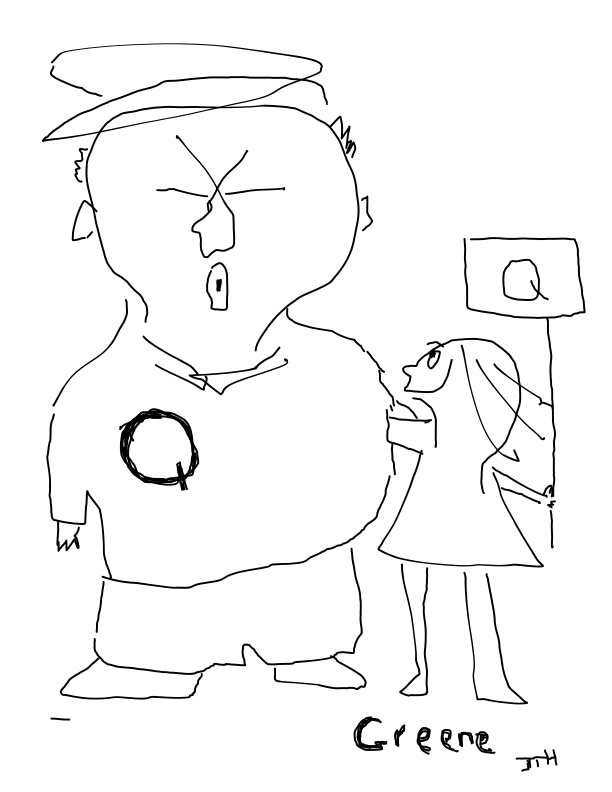 QAnon remains a mystery for much of the American public. The group believes that an evil cabal of “Deep State” technocrats and elitists—many in Hollywood and the media– rule America and are responsible for the problems that persist in the country. They have information provided by an inside informant–“Q” — that those in the cabal are Satan worshipers, pedophiles and engage in religious rituals where they consume human blood. Trump is viewed as a savior of the world, who will support the group’s violent overthrow of the Deep State, and usher in a post-apocalyptic, utopian world. Some are reported to be forming vigilante, paramilitary groups to carry out the messianic mission of what is now a loose affiliation of like-minded people, but which appears to be growing exponentially. Some Christian churches mainly in the South have endorsed QAnon as fulfilling the Biblical promises in the Book of Revelations.

Trump is reported to have told associates that he has his own inside information that Hillary Clinton is a “Satan worshipper” and is one of the leaders of the  evil cabal along with her husband and Barack and Michelle Obama. Many insiders in the Trump administration confirmed that he intends to make this a center piece of his re-election bid against Joe Biden.

Those learning about QAnon for the first time are expressing bewilderment and consternation.

“How could anything this crazy be happening here in the United States?” said one person  who was briefly  in the Trump Administration, who asked that he remain anonymous for fear of his life. “Have we gone completely nuts?”

It is not clear at this point where all this will end up or how it will affect the campaign or the future of the country.