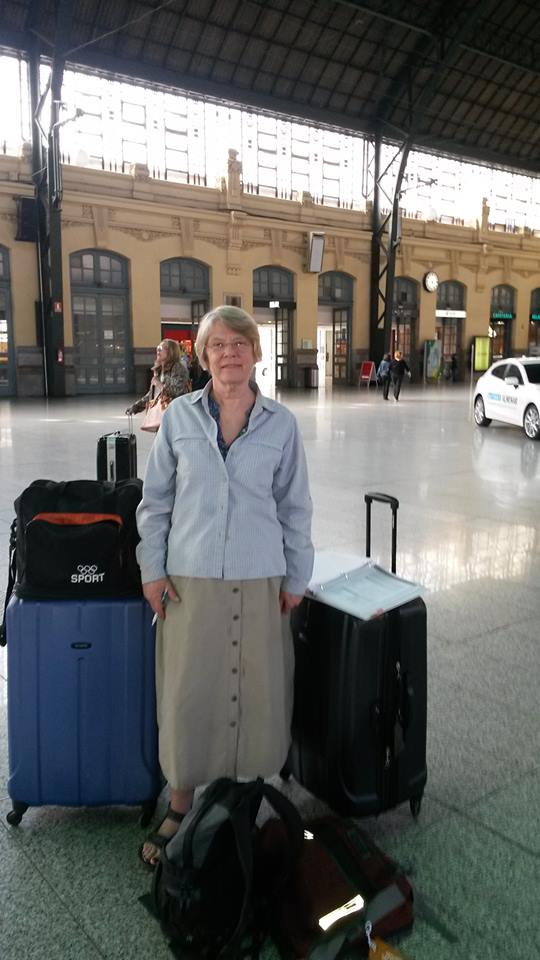 Hi, this is Embry writing today. Joe thought it would be fine for me to add to his blog from time to time. You might like to hear a second perspective on our “Big Trip,” one which will likely be considerably less humorous but decidedly more factually accurate.

We now have settled down in Southern Spain for a couple of weeks, and so far it’s quite fun. We are living as “normal Spaniards” (such as one can do having a vocabulary that is limited to please, thank you, good day, and about five other words). But we are enjoying the relaxed pace of this city by the sea (third largest in Spain with a metro population of over 2.5 million). We have exchanged our house for the apartment of Juan and Vincen, who are at this moment in our house on Macomb Street , D.C. We are briefly sharing quarters with their daughter, until she leaves for spring break later this week. We just did our grocery shopping and discovered that prices are good here. A large shopping cart of groceries with meat, wine, and vegetables was about $50.

I will not go back over the delightful cruise and our three “land-based tours” of Madeira, Seville, and Granada (the Alhambra). I know that Joe has given you a funny rendition (although exaggerated at times) of that great experience. The cruising was relaxing and the tours were fascinating.

I thought that perhaps you might be interested in why we are doing this in the first place. It was my idea that “someday” when I “retired” (neither of these concepts very concrete in themselves) I would “bum around the world without flying” (a concept that was a TOTAL fantasy that somehow involved trains and freighters). As the “someday” and “retirement” slowly came to mean “maybe next year,” one day this fantasy again came into our conversation; and Joe called my bluff, by saying “Can I come, too?” After recovering from my surprise, I said “Sure!” and the planning for the Big Trip began. He started from the point of view of “complete luxury” and I started from the point of view of “trains and freighters.” (I realize there has been a previous blog concerning the Episcopalian and Presbyterian approach to these things.) We compromised somewhere in between these two extremes.

We discovered that there are plenty of really nice trains in places we wanted to go, but that “freighters” don’t exist any more. It would have to be either cruise ships or container ships, and we settled on one of each (mostly due to scheduling issues in getting across the Atlantic and the Pacific–the options are limited). Joe also was practical in insisting we enlist the help of two excellent travel agents, one of whom helped us plan and make all the reservations for the cruise and Europe, and another who planned the wonderful trip around China. Part of the planning was—not surprisingly—the budget. One problem with retiring is you have lots of time, but no pay check. However, we have McGraw-Hill (former employer) and the Social Security Administration to thank for helping to solve this problem. So, after many complicated logistical and budgetary decisions, our four-month-around-the-world-without-flying trip itinerary emerged. The trip has several “legs”, of which we are now in the third (Valencia).

This leg was planned purely by chance. We didn’t want to be constantly on the move, since taking it slowly was the whole point. Our friends had successfully exchanged houses, so we posted ours on HomeExchange.com, asking for an exchange in early April somewhere in the southern part of Europe, knowing our cruise would take us into the Mediterranean about that time. Juan and Vincen responded (he had studied in Washington and wanted to return with her during Easter break time), so here we are! 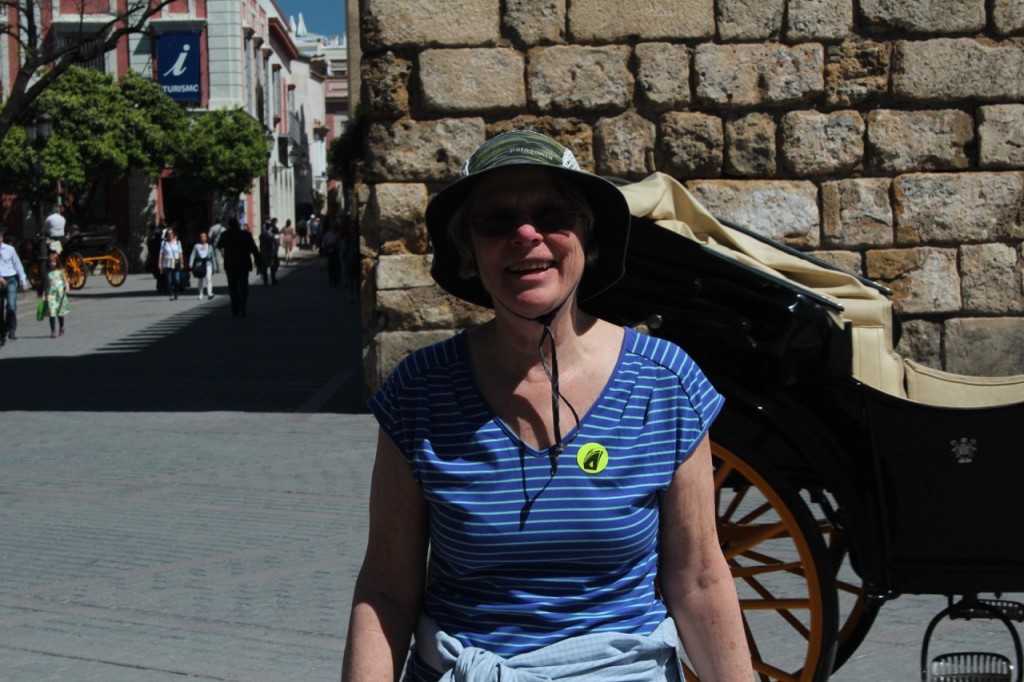