En route from Paris to Berlin

Goodbye Paris! We are off via bullet train humming along through the bucolic French countryside at 320 kmh (180mph), headed to Berlin. France was terrific! A wonderful combination of being a house guest and a tourist. We spent about as much time talking and catching up with old friends as we did sightseeing. Highlights of the last two days in Paris included a concert in Sainte Chapelle featuring Vivaldi’s “Four Seasons” (at twilight with the stain glass windows glowing a magical blue), Mozart’s “Magic Flute” at the Paris Opera House (modern setting, quite extraordinary), a goodbye dinner at a quaint restaurant (where oddly we were the only guests), the Louvre and Musee d’Orsay (Embry only. I was in the Apple store buying a replacement iPhone. ), lots more walking (Under Mireille’s wing we visited two beautiful Medieval churches), and trying to keep up with our indefatigable host, who seems to have more energy than both of us combined.

The weather has also continued to cooperate. We got rain for a couple of days in Quimper, and it was raining pretty hard in Paris when we returned on Sunday. But other than that, it has been sunny and partly cloudy with high temperatures in the mid 60s.

I find myself asking why it took me song long to realize just how magic Paris is. Embry’s response was that it was probably the weather. While I am affected by the weather, that does not explain it.. The city is magic. 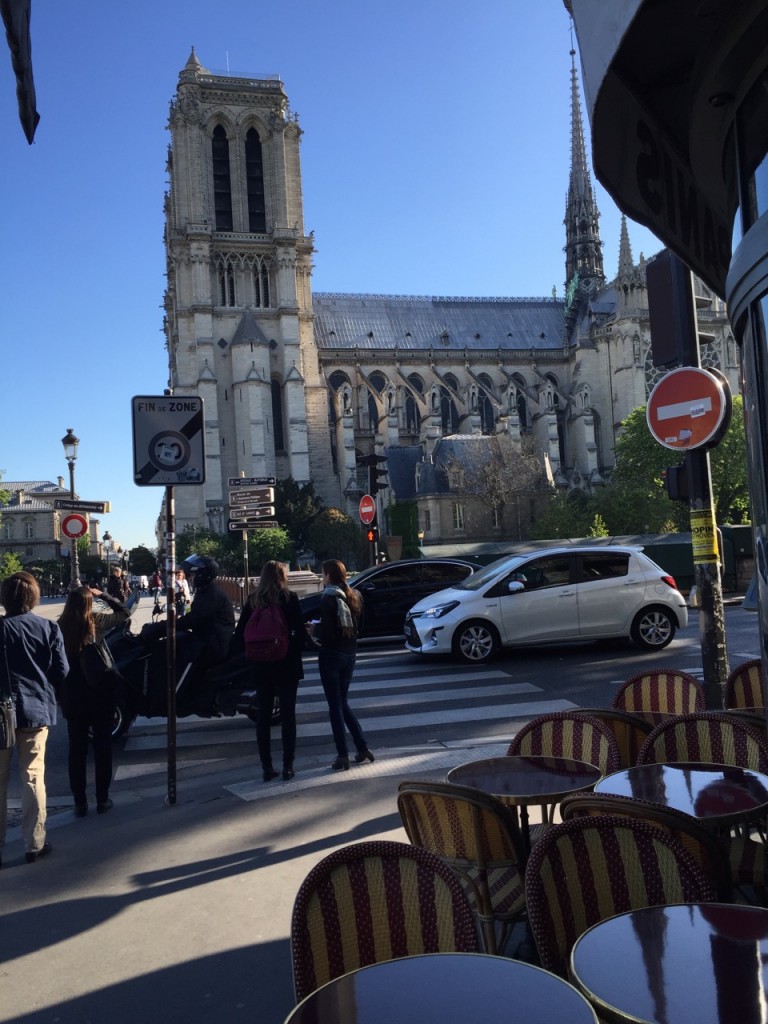 One thing I will remember most fondly is the French bread. Every morning Mireille would appear at the breakfast table with coffee and fresh baguettes and croissants still warm from the bakery oven, where she went every day before breakfast. One morning I volunteered to get the bread and was given careful instructions as to where to go. Walking there took a good fifteen minutes, and I counted six other boulangeries along the way. (“Others are not good enough; you want only the best.”) If Mireille’s boulanger is the best in Paris, then I figure the baguettes and croissants we ate every morning are the best in the world. I have never tasted bread this good and unless we return to Paris, probably never will.

So what about these two wonderful countries, France and Spain, which we are leaving behind as we head north? While Spain is arid and France lush, to two tourists like us the similarities seem to outweigh the differences. Both have rich histories with plenty to be proud of and plenty to be ashamed of. Both have preserved the old and historic parts of their cities and yet are modern in their public infrastructure and have excellent mass transit systems and public spaces. Their vitality and energy levels are high, but you also get the impression that the Spanish and French know how to enjoy life.

One day in Brittany Embry recalled the old saying, “Americans live to work, but the French work to live,” to which Martine replied, “This is definitely true.” And I think it applies to both countries with their obsessions for good food, good wines, the importance of the family and having fun by just hanging out.

We found people to be very friendly in both countries. In Spain, our inability to speak Spanish was an issue, but not insurmountable with a little sign language; and we experienced none of the cold shoulder that tourists often complain of in Paris. This could be because Embry is fluent in French, and we were with French people most of the time.

Both countries seem to be doing better on environmental issues than we are. You see many wind farms and solar panels. Lights automatically go out when you leave the room. People use public transportation and drive small cars.

That is not to say that life is perfect in these countries. There seem to be a lot more smokers than in the US, and smoking is permitted in the outside areas of cafes. There has been a lot written about the sagging economies in both countries, especially in Spain, where unemployment is very high and young people find it hard to get jobs. Emigration continues to be an issue, and being accepted into the culture if you are African or from South America seems to be difficult—probably harder than in the US where being a country of immigrants defines us despite the current controversies. Of course, there is the perplexing graffiti issue which I have been complaining about, which seems to mean something, but no one can say exactly what. And finally there is the security problem. Somebody got my wallet in Madrid and somebody else got my iPhone (probably) in Paris. In a perfect country people don’t steel wallets and iPhones from frail, elderly tourists. 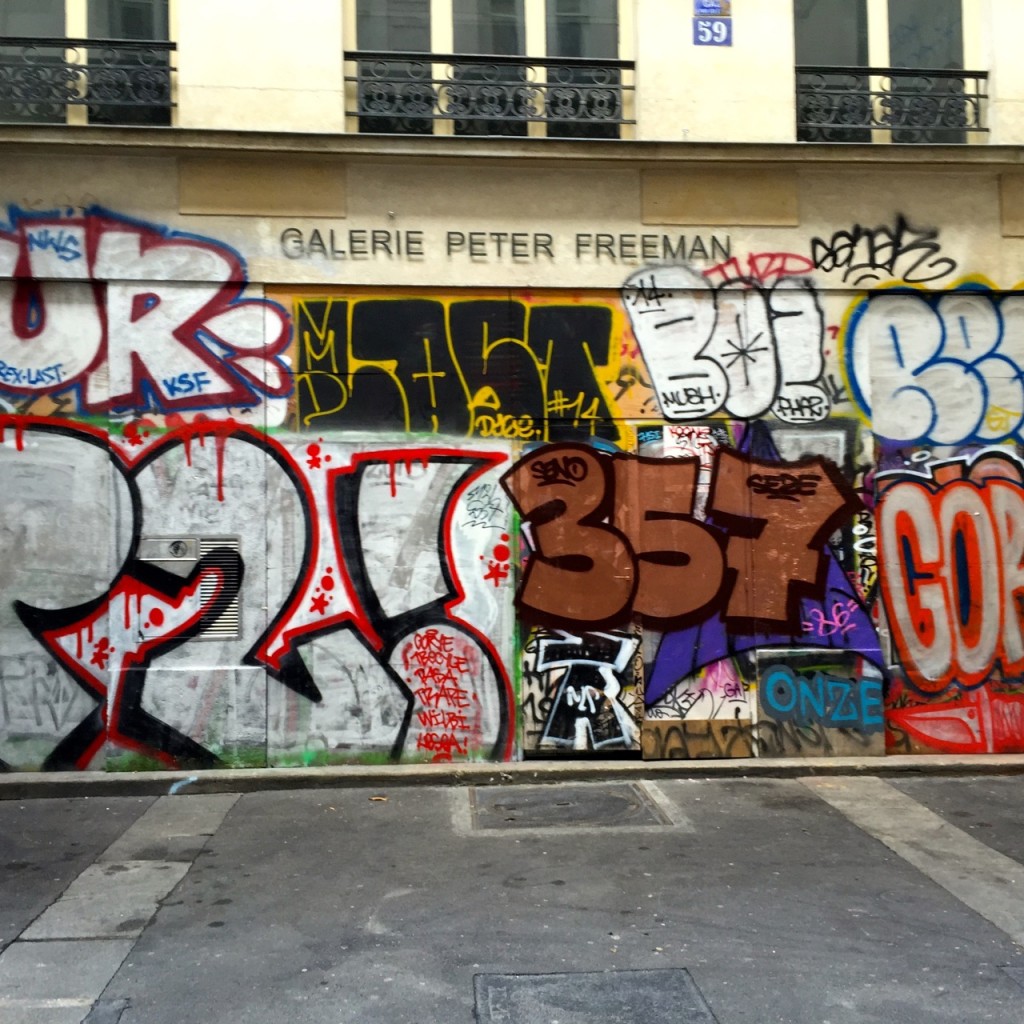 ( And we haven’t even gotten to Moscow yet where we have been advised by several people that if we want to be safe to avoid all public transportation, all taxis and not to leave your hotel.)

But if some creature from outer space dropped in to check out the the planet Earth and stopped in Paris or Madrid, my guess is that the report back home would read “pretty good spot, worth a visit.” 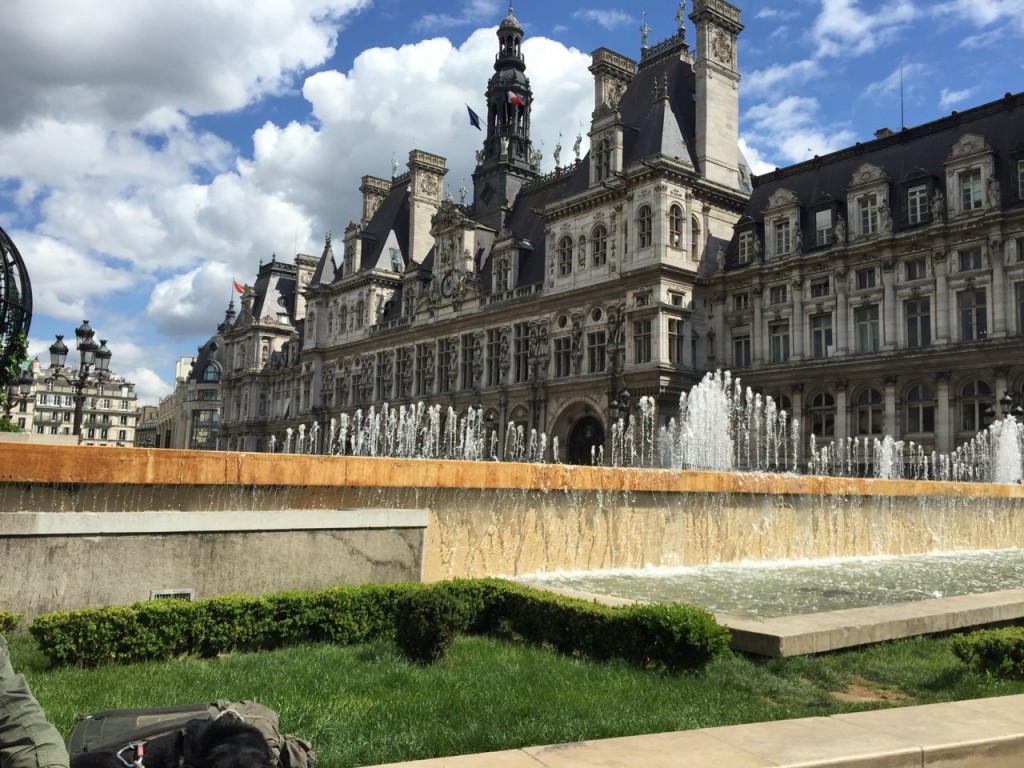 So in a few hours we will be in Berlin where we will meet up with John and Grace Curry, dear friends who live in Ashville, who will join us for the Berlin and Warsaw legs. John is an old friend from Davidson College days and from graduate school in Chapel Hill, when I was in planning school, Embry in the UNC School of Public Health and John in law school. We will take off our home exchange and house guest hats and become full time tourists.

What will it be like in Germany? We have both been to Germany but before the Wall came down; and I have never been to Berlin, which has the reputation of one of the world’s great cities– in the league with Paris or New York. Stay tuned.