I thought you might be interested in some additional information on a very unique aspect of Chinese public policy, the One Child Policy, which Joe mentioned in his blog post today. This is something that has interested me for a long time, having started my career as a demographer and reproductive health researcher.

As China entered the 1950s, with many adult men having been killed in the war, the initial Communist Party policy was to encourage large families. (My recollection is that in the 1960s average fertility rates were high in China, as in many other parts of Asia, with family sizes averaging 5-6 children.) At some point, however, with the population of China rising very rapidly and poverty increasing, a complete turnaround in policy occurred.

Initially the government sought to reduce family size through voluntary methods and increased availability of modern family planning (including legal abortion). When that did not reduce family size fast enough, in 1980 the government introduced the One Child Policy. Through this policy, the government mandates that married urban couples can only have one child, unmarried women cannot have a child, and rural farmers can have two. (They know you meet the criteria for being a rural farmer by your “residency card,” by which the theoretical residence of a Chinese person is defined. Often they actually live elsewhere. This is a whole other complicated and controversial issue that seems to be at odds with Chinese liberal economic policies.)

The One Child Policy is enforced in a variety of ways. First, government propaganda portrays the “ideal” family as a mother, father, and one child. A social norm has been established leading to peer pressure to conform to the norm, just as in the U.S. the norm is two children with families having more or fewer seeming somewhat “unusual.”

There are also penalties, including most importantly the loss of a government job if you have a second child. Government employment is still considered to be the most desirable kind of job in China, in spite of the large private economy. One young person we met mentioned having a younger sibling; when we asked how that happened, she said that her parents did not work for the government, so they felt comfortable having another child since no one lost their job. In addition, local governments have population growth quotas and local “family” (a somewhat ironic term, since families do not determine their own family size) planning bureaus for enforcement. They may impose fines on families for having a second (or subsequent) child. This has led to resentment against the policy. The “long arm of the State” thus reaches into the homes of most Chinese families in ways that would not be tolerated in most other places in the world.

Apparently another social norm that has been established is an acceptance of abortion as a routine and acceptable form of “family” planning.  I read a rather chilling article in the Global Times—a free English paper passed out in hotels (and illustrating that some free press does exist in China)—about one jurisdiction that did not meet it’s “abortion quota.” That jurisdiction came under pressure from the central government for having a high birth rate, so it established an abortion quota on its local jurisdiction family planning bureaus. The assumption was that in order to keep the population in check, it was necessary to have a certain number of abortions, and if they did not they just were not doing their job. Pregnant women who already had a child were pressured by the government agency to have an abortion, leading to protests and the newspaper’s coverage. The idea of the government pressuring me to have an abortion really gives me the creeps.  As a typical female Democrat, I am solidly “pro choice,”  but this is quite a different twist on the pro-choice issue than the one we have at home.

On the other hand, we have witnessed what is an apparently positive result of this very onerous government policy. Everywhere in China you observe well-nourished, happy children. Each family has only one (it is very rare to see a family with two children, and perhaps those are often tourists from other parts of Asia), but that child always looks happy and often is surrounded by two loving parents and frequently grandparents. All adult family members obviously cherish the cute little one.

It is still the case that boys are more cherished than girls in many families, although this is changing as life shifts to the cities where girls have equal access to education and eventually jobs. But the sex-ratio is skewed towards more boy babies, showing that selective abortion is occurring. In that regard, I had an interesting conversation about Americans coming to China to adopt babies. My informant said that Chinese people find it strange that Americans want to adopt a child that has been rejected by their parents. Chinese people assume that there must be something wrong with a child placed in an orphanage. Why would someone want such a child? I pointed out that most of the children I knew who had been adopted in China were perfectly normal girls, and that perhaps they were only rejected because they were girls. She had to agree that this could be the reason, in order for parents to be allowed to “try again for a boy.”

In 2010 the One Child Policy was modified to allow couples who are both only children to have two children. Last year it was further modified to allow couples, only one of whom was an only child, to have two. Part of the reason for changing the policy is widespread dissatisfaction with the policy (due to some of the factors described above), but perhaps a more important reason is the distortions that the policy has created in the population demographics of China. First, there are more men than women. More importantly, when the cohort of parents of all these only children (people born between 1950 and 1980 or so) reaches old age they will have fewer young people to contribute to their pensions and look after them in old age. Just as with the top-down housing policies Joe discussed in an earlier blog, it appears that top-down family planning policies can lead to unintended consequences. There are many happy children in China now, but they will have many difficult responsibilities for their parents when they become adults. At that point the massive social experiment known as the One Child Policy will likely be a thing of the past. 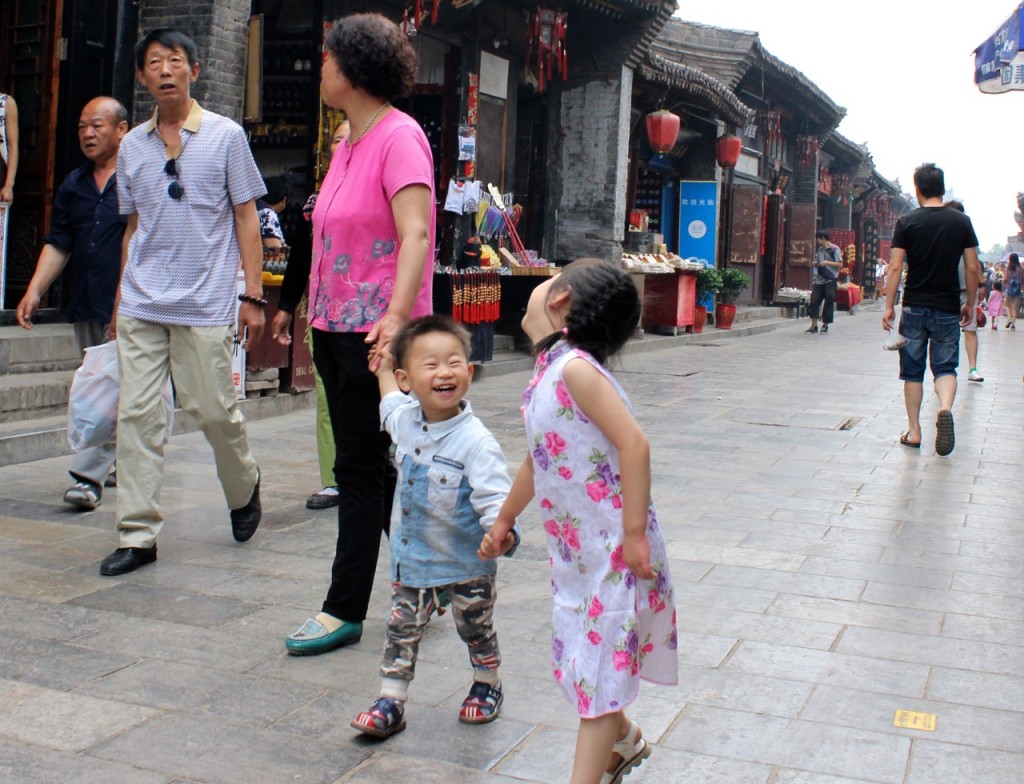